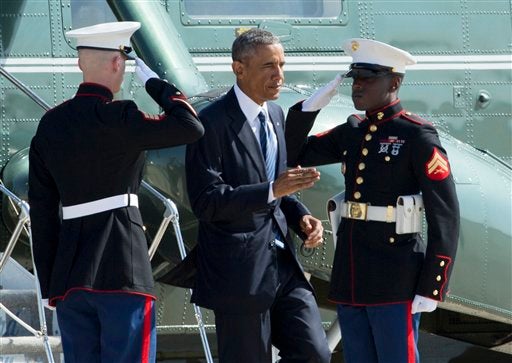 President Barack Obama returns a salute at Marine honor guards as he disembarks Marine One to switch to Air Force One at Andrews Air Force Base, Md., Tuesday, Aug. 26, 2014. AP

CHARLOTTE, North Carolina — President Barack Obama says “America does not forget” and is vowing justice for the murder of an American journalist.

Obama called the killers “barbaric terrorists.” He signaled that a response may take some time.

He said — quote — “Rooting out a cancer like ISIL won’t be easy and it won’t be quick.”

But he said America is patient and “justice will be done.”

US trying to verify video of American’s killing