After all the fuss, Jardeleza to wind up affairs as SolGen
By: Nikko Dizon - Reporter / @NikkoDizonINQ
Philippine Daily Inquirer / 08:47 AM August 23, 2014 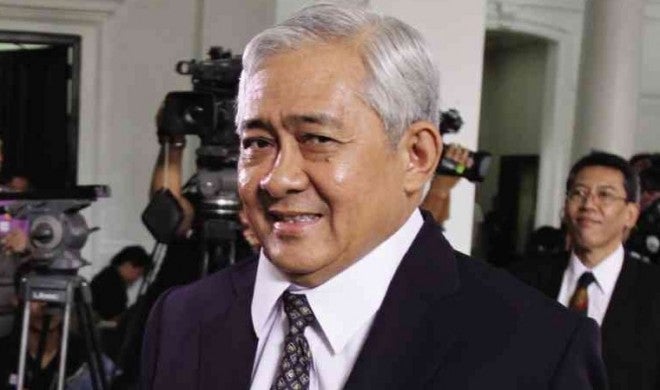 Jardeleza, an 11th-hour appointment of President Aquino just before the deadline to fill the vacancy expired, has been allowed to take a two-week leave so he can wind up his work at the Office of the Solicitor General (OSG) where until last week he served as the chief government counsel.

Jardeleza asked Justice Ma. Lourdes Sereno during his oath-taking last Wednesday that he be allowed to go on leave starting Aug. 22, to give him time to put his affairs in order at the OSG, the high court’s Public Information Office said in a statement yesterday.

Jardeleza, a replacement for Justice Roberto Abad who retired last May, will likely join the Supreme Court’s Third Division, of which Abad was a member.

Widely regarded as being Mr. Aquino’s favored candidate to fill the vacancy in the high tribunal, Jardeleza almost did not make it after the Judicial and Bar Council (JBC) that reviews nominations to the high court left him out of the short list of recommendees over a supposed question of integrity that Sereno, the JBC head, raised against him.

Although the JBC did not reveal the nature of Sereno’s objection, it is thought that it had to do with Jardeleza’s decision as solicitor general to exclude an essential argument involving the Taiwan-occupied Itu Aba territory in the disputed Spratlys from the country’s presentation of its case against China before a United Nations arbitration tribunal.

The international team of lawyers helping the Philippines with the arbitration case questioned Jardeleza’s decision and succeeded in putting their arguments before the President who ordered that the pertinent paragraphs relating to Itu Aba be included in the memorial.

Jardeleza meanwhile filed a petition in the high court against the JBC and the Aquino government, questioning why he was not given the chance to answer Sereno’s accusations and asking the high court to compel the JBC to put his name on the short list.

Executive Secretary Paquito Ochoa Jr., who was impleaded in the petition as the alter ego of the President, filed a reply-comment in the high court saying that Jardeleza’s name should have been on the short list.

The high court ruled in Jardeleza’s favor ordering the JBC to put him on the short list, and Mr. Aquino promptly appointed him associate justice the very next day.