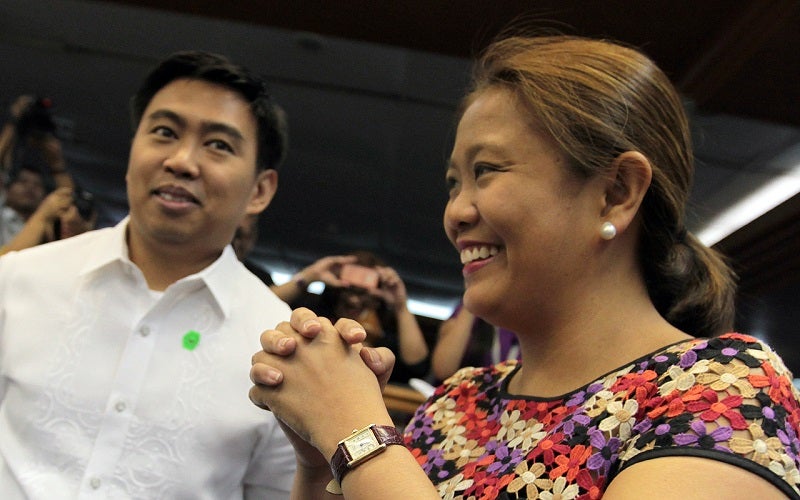 MANILA, Philippines—The Commission on Audit will conduct a special audit of the construction of an allegedly overpriced P2.3-billion Makati City parking building, with COA Chair Grace Pulido-Tan noting “red flags” such as the division of the project into several phases and questioning the quick award of the contracts.

The 11-story building is the subject of a plunder case filed against Mayor Jejomar Erwin “Junjun” Binay Jr. and Vice President Jejomar Binay, who was Makati City mayor when construction of the parking building began in 2007.

The case was filed by their political rivals Renato Bondal and Nicolas Enciso, who said the building should have cost only P700 million.

Binay on Wednesday anchored part of his defense of the parking building project on an earlier COA report finding nothing irregular about it from start to finish.

Appearing in a politically charged Senate blue ribbon inquiry on the alleged overprice of Makati buildings, Binay also explained the cost of the parking building by saying that it was “world-class” and that its foundation had to be strengthened because of its location on soft ground, given that it was near the Pasig River.

At the hearing, Bondal alleged that the 31,900-square-meter Makati parking building, for which P2.7 billion was originally allocated, cost P84,000 per square meter.

Federico Cuervo, a property appraiser from Cuervo Valuers & Advisory, said the average cost of a building in Barangay (village) Poblacion, Makati City, was P23,000 per sqm based on 2007 prices. He also said the P23,000 value was for a “Grade A” building.

Cuervo said he came up with the P23,000-per-sqm value when asked to do so for a “hypothetical building,” and did not know until Wednesday that it was to be compared with the Makati parking building.

He also confirmed, upon  Sen. Antonio Trillanes IV’s questioning, that a 31,000-sqm building would have cost only around P700 million.

This would mean the Makati parking building was still overpriced, he added.

Tan said the COA report Binay cited was an internal memorandum and would still have to be validated. The COA is now set to conduct a special audit of the project and its findings will be filed in the Office of the Ombudsman because there is a pending case on the matter.

“It will go through a special audit. This will be handled by the central office, the special audit service. We will have a multi-disciplinary team,” she said at the hearing, adding that the COA will also engage experts like a quantity surveyor because a technical matter was involved.

She said one red flag that would be looked at was the division of the parking building project into five phases.

“In the usual course, it’s a red flag,” she said, in response to a question from Sen. Aquilino Pimentel III on whether the division of a project into phases triggered suspicion.

Pimentel said this could “open a Pandora’s box” because many projects had been implemented in phases.

Tan noted that in this case, one contract was awarded for each phase. There were also lone bidders for the contracts.

Caga-anan signed the COA report cited by Binay that there had been no adverse findings about the project.

Caga-anan said she had consulted the technical staff, the COA engineers before signing the report.

Another thing the COA would look at was the appropriation, bidding out and awarding of the P400-million contract for phase one of the parking building project in two-and-a-half months.

“If all of these was because of efficiency, commendable. But in our experience, a contract of this magnitude and complexity would normally take at least six months or even a year to procure,” she said.

“I do not wish to be prejudging at this time, but there are definitely matters we need to look into more intensively, more cautiously so that we can go into the bottom of this whole matter,” Tan added.

Trillanes, who filed the resolution for the probe, said Binay would be fooling the public if he would insist on claiming that the COA had cleared the parking building project, following Tan’s pronouncements.

Other administration senators, who are also the Binays’ political rivals, said there were many issues Mayor Binay failed to answer during yesterday’s hearing.

“They say it’s a demolition job, but the only thing demolished was their defense,” Cayetano said after the hearing.

Binay explained during the hearing that he considered the Makati parking building world-class because it was not comparable to the usual structures. He said it was a green building, and had an atrium, granite flooring, two elevators and centralized air-conditioning.

But Cayetano wondered whether a building with only two elevators, one of them broken, would be considered world-class, as he added that the phrase “world-class” actually corresponded to specific standards. He also said quality did not always have to be expensive.

Binay replied that an elevator was a machine that breaks down, and the elevators were subject to warranty.

Cayetano further asked whether the building had 24-hour generators, and what the ratio of parking spaces to offices was.

Binay said he did not have the information with him and will provide it later. He also said he was not privy to the details of laying down the foundation for the parking building, since this was done during his father’s term.

Cayetano asked whether Binay asked about the original plans of the buildings, because the phases might keep on adding up in the coming years and so that he could check what else would be needed for it.

The mayor said the city engineers briefed him about what needed to be done next and about the cost.

“We’ll have to rely on them, on their findings and recommendations,” he said, adding that the project also goes through the bids and awards committee and through audit.

He also said there could have been no splitting of contracts because there was a bidding for every phase of the project.

Since Binay relied on the reports of his subordinates, Cayetano said it was possible there was an overprice and the mayor was just not aware of it.

“There will be a possibility, your honor. You’re right, sir,” Binay replied.

He further alleged that it was the Makati government’s practice to “chop-chop” one project into several contracts, completing the project in several phases, in order to inflate the price.

“There was no bidding for the P2.7-billion Makati carpark building… The real cost of the building will only be known after it has been completed because it was chopped into phases,” he said.

He said as far as he knew, the procurement act prohibited the splitting of contracts.

“Makati could be called the chop-chop capital of the Philippines,” he added.

Hilmarcs Construction Corp. bagged all the contracts for the parking building.

Trillanes noted that as per the COA report, all the structural works, for the parking building’s foundation, amounted to P600 million.

But this would mean close to P2 billion was still spent for the rest of the building, he added.

The COA should have dug deeper on this, he said.

Binay had said that part of the reason for the cost of the building was the need to strengthen its foundation, since it was located on softer land that was near the river.

Trillanes suggested that the Senate committee conduct an inspection of the parking building and invite technical people to check if it really cost as much as it did.

But Pimentel, who chaired the hearing, said the suggestion would be discussed in the next hearing.

Pimentel also said that in next week’s hearing, he would ask Binay to explain why the bidding was too efficient, why the project was subdivided into phases, and why it always attracted a lone bidder.

He will ask whether the bidding was published and well-disseminated, and why it failed to attract other bidders.

Senators plan to invite Vice President Binay in future hearings, because they said Mayor Binay was unable to answer all questions on Wednesday. The construction of the project began when the Vice President was the mayor.