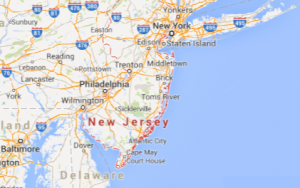 Goldman still shows up four days a week at light fixtures company Capitol Lighting in New Jersey. His co-workers celebrated his birthday with him on Monday.

Aside from a brief absence to serve in the U.S. Army in World War II, Goldman has worked at Capitol Lighting since 1941. The store says he was first hired to sell items and stock and clean the displays.

Goldman lives in nearby Whippany and still drives himself to work.