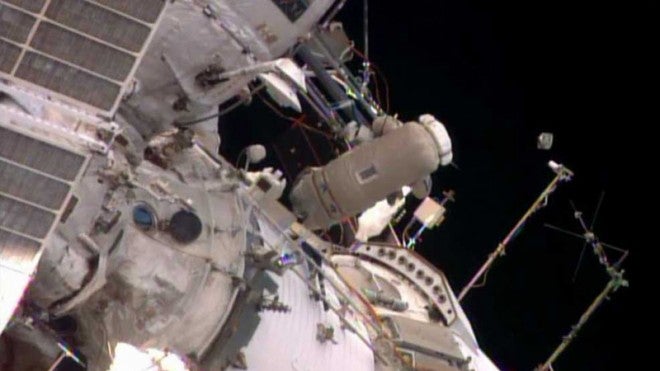 The nanosatellite is just 4 inches (10 centimeters) square and barely 2 pounds (less than 1 kilogram). It holds cameras that will aim at Earth. It’s a technological learning experience for the National University of Engineering in Lima.

The satellite is named Chasqui after the Inca messengers who were fleet of foot.

Meanwhile, American spacewalks remain on hold. NASA hoped to resume spacewalks this month after a yearlong investigation but delayed the activity until fall to get fresh spacesuit batteries on board. The SpaceX company will deliver the batteries on a Dragon supply ship next month.