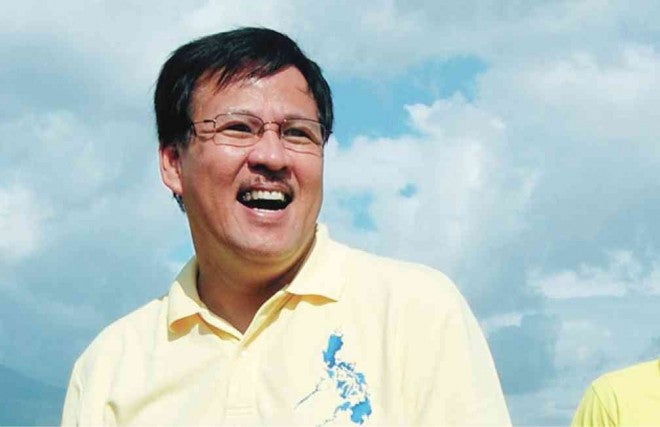 NAGA CITY—Ernie Verdadero, former mayor of Milaor town in Camarines Sur province, who officiated the civil marriage of Jesse Robredo and Maria Leonor “Leni” Gerona, recalled Jesse in his late 20s as a simple guy, with no hint of larger-than-life image when he died at the age of 54.

Building his career in government service for 19 years as mayor of Naga City, which earned him and this city national and international recognition, Robredo, who died in a plane crash in Masbate province on Aug. 18, 2012, became an epitome of good governance  just when his career as a Cabinet official was taking off.

In the late 1980s, Verdadero worked as a production manager of a radio station owned by Luis Villafuerte, former governor and representative of Camarines Sur.

Robredo was the president and station manager of Villafuerte’s network, Bicol Broadcasting System. Villafuerte, uncle to Robredo, introduced him to government service via the Bicol River Basin Development Program  in 1986 and groomed him for mayor in 1988. They parted ways during the 1992 elections.

Verdadero, Robredo and Naga City Councilor Gabriel Bordado were among the so-called Villafuerte boys, who assisted the former governor in the implementation of projects and programs in Camarines Sur after the Edsa People Power Revolution in 1986.

Verdadero said Robredo once told him that “he was not cut out for politics,” even though Robredo asked for his help  when he ran and won as president of Ateneo de Naga Alumni Association, where they both graduated high school.

“Jesse knew how to demand, command loyalty. He was a [tightwad] and yet could find a way to earn the loyalty of his supporters by being a good example. He never showed his anger and when he got angry you would not notice it,” he said.

In the first post-Edsa elections in 1988, Robredo ran as the mayoral candidate of Villafuerte, who was then appointed by former  President Cory Aquino  as governor.

Robredo won by just over a hundred votes against Ramon Roco, the younger brother of the late Sen. Raul Roco, to start his career as the mayor of Naga City who innovated on the gains of the Edsa revolution by installing a participative and transparent system of  governance.

For bringing big changes in Naga City in terms of government service, economic growth, people’s empowerment, peace and security, Robredo was bestowed the Ramon Magsaysay Award for Government Service in 2000.

Councilor  Bordado, who worked for 25 years with Robredo, described the impact of Robredo’s leadership on Naga City: “For the past two decades, Naga City in Bicol figured prominently in local governance. Its multiple international, national and regional awards and citations (by then over 140) in almost all aspects of local governance certainly speak volumes on how this tiny, landlocked and ancient (having been established in 1575, just a few years younger than Cebu and Manila) city is carving a niche for itself and serving as a veritable touchstone for other local government units.”

One of the innovations he left as a  legacy of his 19 years as mayor of Naga City was the Naga City Citizens Charter adopted and published in 2001, which is a list of pledges detailing the services provided by government employees and the duration of service processing at the City Hall. The idea was to empower the citizens to demand efficient service based on the charter written in a table in every office.

The national government adopted the system of the Naga City Citizens Charter as mandated by the Anti-Red Tape Act of 2007, six years after the first publication.

Robredo was also credited for ridding the city of informal settlers  with the program Kaantabay sa Kauswagan. The city government expropriated lands for relocation and housing of urban poor settlers.

A journalist who had covered Robredo for years does not look at him as a hero.

“He (Robredo) won’t like it. But I wouldn’t mind it if we brand him as an epitome of good governance and public service. He is an ordinary person who did ordinary things, like taking the shovel after a storm or walking the streets without bodyguards, which gave him the moral authority to become an effective leader, a servant leader who led by example,” said Jose B. Perez, editor in chief of the Naga-based weekly newspaper Bicol Mail.

P4.1 million per kilometer, while other government units were constructing them at

He said the result of such practice was that Naga City  has more roads built according to standards. Trade and commerce flourished because of an honest leader.

“Because he had empowered his people through participative governance, Naga, even after his death, continues to enjoy its title as one of the most competitive and livable cities throughout the nation,” Perez said.

Tito Sarion, mayor of Daet town, Camarines Norte province, was a college student of the University of Nueva Caceres (UNC) in Naga  when Robredo was the mayor of the  city.

Sarion used to visit Robredo in his office to ask him to guest in  UNC students’ activities until they became friends.

He remained in contact with Robredo even after his college days, until he was elected councilor, vice mayor and mayor of

his hometown Daet. When he got married, Sarion asked Robredo to be his godfather.

“He told me to avoid bribes in projects,” Sarion said, adding that it built the foundation of his local administration.

He said  he used Robredo’s principles of governance, enabling him to achieve the “most competitive municipality” title this year based on the 2014 Cities and Municipalities Competitiveness Index of the National Competitive Council.

When he became secretary of the Department of the Interior and Local Government, Robredo did not fail to call Sarion every week to get updates on the developments in his province and town.

Later on, Sarion said Robredo introduced him to  Kaya Natin Movement. Sarion was selected by the movement as champion in good governance in 2013, employing the principles of good governance he learned from Robredo.