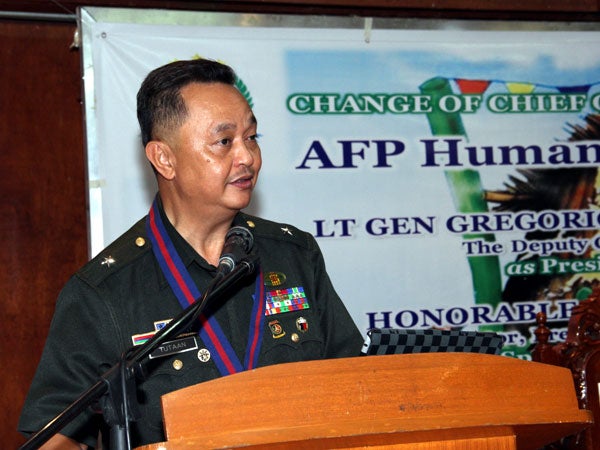 MANILA, Philippines—The Armed Forces of the Philippines on Sunday downplayed the claims of two Moro extremist groups that they had pledged support to the Islamic State in Iraq and Syria (ISIS).

Brig. Gen. Domingo Tutaan Jr., AFP spokesperson, said the assertions of the Abu Sayyaf group and the Bangsamoro Islamic Freedom Fighters did not hold ground until verified to be true.

“Until we have proven something, it doesn’t prove anything. It doesn’t hold ground,” the official said in reaction to the two extremist groups’ supposed pledge to the ISIS jihadists.

Clips have been uploaded on YouTube showing the BIFF and the Abu Sayyaf rebels affirming their support for ISIS.

Tutaan pointed out that the clips might have been meant to heighten the groups’ notoriety in the public eye so that they would be feared more and could go on with their criminal activities.

Tutaan pointed out that the supposed links between the bandit groups had not been verified.

He reminded the media to be careful in presenting the issue since it could affect public perception.

“There are no facts so far that would show that they have links to ISIS. Anybody could just say that. The thing is, if it’s presented wrongly, it could affect the people’s perception,” he said.

YouTube videos were uploaded recently showing alleged BIFF and Abu Sayyaf leaders reading a statement of support for the ISIS, which now controls large areas in Iraq and Syria.

Tutaan said the AFP has been cautious in dealing with the issue “because we don’t want to cause undue alarm.”