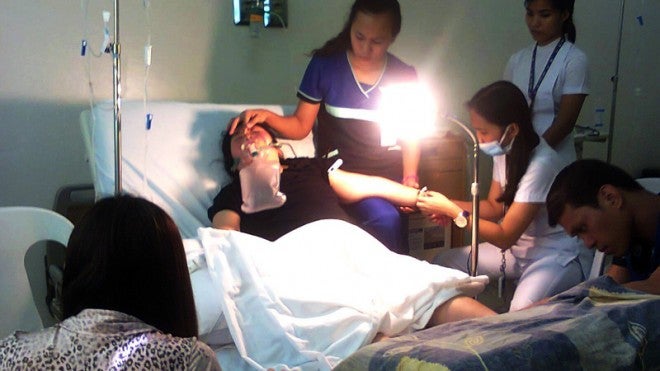 MANILA, Philippines—No person seeking medical help should be turned away by any health facility, whether government or private, especially in an emergency.

This was stressed on Thursday by the Department of Health (DOH) in reaction to reports of a 10-year-old girl dying after being turned away by a private hospital in Butuan City because her family could not produce the deposit required by the hospital.

“Every Filipino, regardless of status in life, should have equal access to health care… the law states that all cases should be treated and admitted, if necessary, by a hospital,” said Health Secretary Enrique Ona.

Later in an interview, Health Undersecretary Ted Herbosa said they had ordered an investigation into the death of Jannary Chan or “Yanna” on July 16 from congestive heart failure.

The girl’s mother, Tutz Salarda-Chan, posted on Facebook how she had pleaded with personnel of the Butuan Doctors Hospital to admit her critically ill child, to no avail.

“I ordered an investigation after learning about it through social media. I’m also trying to get the side of the hospital. We want to find out if the one who determined whether the case was an emergency or not was a doctor… was there negligence on the part of the Butuan hospital doctors and their personnel?” Herbosa told reporters.

“Only a doctor can assess the condition of a patient, if it’s an emergency case or not, and if the patient can still be taken to a facility outside Davao,” he said.

The girl’s mother said they brought Yanna to the San Francisco Doctors Hospital in San Francisco, Agusan del Sur, on July 13 because she was ill.

On July 15, Chan said they decided to transfer the girl to the better-equipped Butuan Doctors Hospital in Butuan City, Agusan del Norte, due to ‘‘her emergency situation and critical condition.’’

Chan said they traveled more than an hour in an ambulance to get to Butuan City, the regional center of the Caraga region in Mindanao.

Two nurses from the San Francisco Doctors Hospital accompanied Yanna and her parents, bringing with them her medical certificate and referral.

But on arrival at the Butuan Doctors Hospital, Chan said the admissions staff refused to admit her child because they could not pay the P30,000 deposit for the intensive care unit (ICU).

She said they had only between P8,000 and P10,000 in cash but promised to pay the balance the following morning.

“We have money but we can’t pay now,” Chan said she told the hospital personnel, as it was already 8 p.m. and they could not get their cash from a money transfer service.

“My daughter has an intubation and needs to be brought to the ICU. She’s been in the ambulance for hours, we traveled a long distance, please, it’s really an emergency,” she recalled pleading with the staff.

But she said her pleas fell on deaf ears.

Herbosa said an investigating panel had been formed to look into the case and make a decision.

“The patient’s family may file a case in court because, on our part, we can only give administrative and regulatory sanctions. But we assume the hospital innocent unless proven otherwise. The mother’s narration, if it is factual, [shows that] there could be some negligence that happened,” Herbosa said.

According to the health official, this was not the first time they received a complaint about the same hospital.

“Last month, the same hospital was complained about by a stab wound patient because he was also being required to pay a deposit. So it looks like there is a trend. In that particular case, I advised the relatives to complain at our office in Surigao. Apparently, these people are poor so they opted not to pursue the complaint,” Herbosa said. With a report from Nestor Corrales, INQUIRER.net.