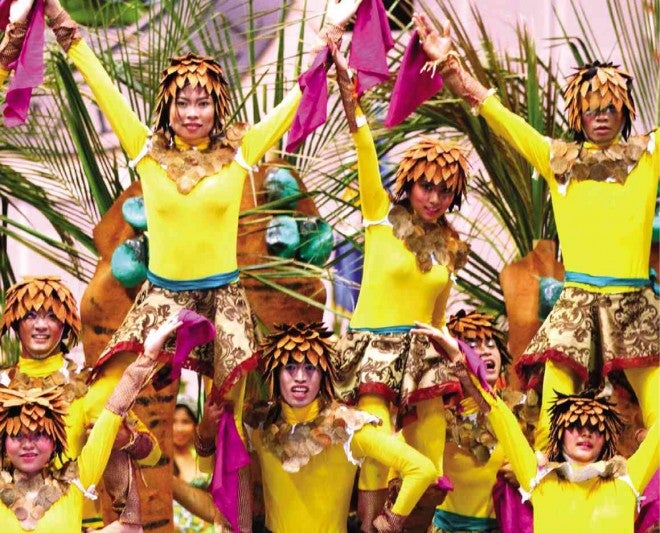 Gov. David Suarez, who started the relief project “Babangon Tayo Kaya Natin Ito!” (We will recover! We can do it!) for the typhoon victims, said the province would use whatever funds it can save from the cancellation of the festival on rebuilding and rehabilitation.

He said many of town mayors wanted to tone down the celebration as most of their areas are still recovering from Glenda, affecting their capacity to participate.

Authorities reported 27 people dead and billions of pesos worth of infrastructure, crops and property destroyed in Quezon as Glenda swept across the province.

Coined from the word niyog, Filipino for coconut, and yugyog, or move to a fast beat, Niyogyugan showcases the province’s top products and rich cultural traditions through colorful floats, street dance competitions and other events at Perez Park and the provincial capitol complex.

She said the other annual events that coincide with the weeklong celebration to commemorate the birth of former President Manuel L. Quezon—floral offering at the Quezon monument at Perez Park, State of the Province Address by the governor and the awarding of Quezon Medalya ng Karangalan to the province’s model citizens—would still push through next week.