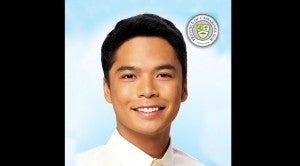 This was after Camarines Sur Gov. Miguel Luis Villafuerte complained that policemen from the Regional Public Safety Battalion and Provincial Safety Company there were acting as security personnel in illegal mining activities.

Chief Inspector Errol Gatchitorena Jr. of the CIDG in Camarines Sur said he has asked the governor to furnish them information and evidence to help in the investigation.

“Our office is tasked by our higher headquarters to conduct an investigation on your complaint regarding the involvement of the personnel from the RPSB and PSC in the illegal mining activities at Caramoan, Camarines Sur,” Gatchitorena said in a letter to the governor dated Aug. 1.

The police official said police would use the information as basis for their investigation into the claims.

Earlier, the National Police Commission (Napolcom) stripped Villafuerte of authority over the local police after he allegedly refused to cooperate in the investigation of the death of four small-scale miners shot on March 22 in Barangay Gata, Caramoan town.

In an order dated June 9, the Napolcom said Villafuerte’s refusal to cooperate in the investigation, coddling of individuals carrying high powered firearms, and refusal to provide information to the police, are “valid and justifiable grounds for the withdrawal of his deputation as (the commission’s) agent or representative.”

The governor has since then appealed the order.

The April 7 letter directed Senior Supt. Arnold Albis to immediately stop the illegal activities, apprehend the violators, and file cases against violators, including private contractors with no permits in Barangay Salvacion-Hanopol. Villafuerte said damage to the river systems and the environment has been severe.

The governor said a contractor, Partido Construction, has been operating illegal quarrying activities in connivance with local officials of Caramoan, including members of the Philippine National Police. He alleged that Partido Construction was “a known favored contractor” of a political rival.

He also submitted pictures to prove large-scale illegal quarrying activities conducted by Partido Construction, which did not have a permit to quarry or an environmental compliance certificate (ECC).

In the April 29 letter, Villafuerte complained to regional police director Chief Supt. Victor Pelota Deona that the provincial police office had been tolerating the alleged illegal activities on the construction company using vehicles with no registration or number plates. He said the company was operating an illegal cement batching plant near the river without the necessary permits, causing pollution in the waterway and endangering the health of residents.

Villafuerte said that despite repeated violations, “Partido Construction remains free from apprehension by the PNP.”

Instead, he said, the PNP apprehended and seized equipment like a backhoe of the provincial government which were not even used for any illegal activities.