MANILA, Philippines—Here are five things you need to know about retired Major General Jovito S. Palparan Jr., who was arrested by National Bureau of Investigation agents on Tuesday morning after three years in hiding: 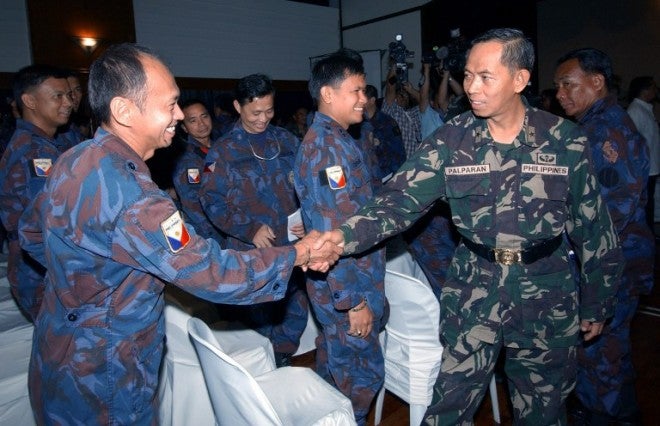 1. Palparan is a decorated soldier and led various military units

Palparan was born on September 11, 1950 in Cagayan De Oro City. He has a wife and father of five children. He graduated with a degree of BS Business Administration in the University of the East and was commissioned to the Armed Forces of the Philippines in 1973.

He was awarded with the Gold Cross medal and the Gawad sa Kanluran medal, along with other military distinctions. 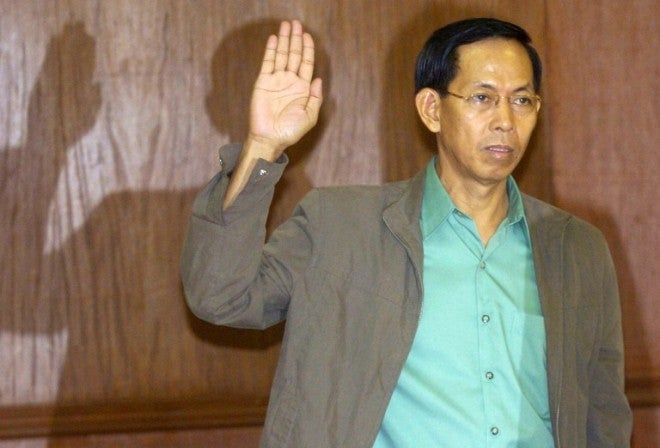 Retired Philippine Army general Jovito Palparan, swears in before he testify during a probe on political killings in Manila, 26 September 2006. AFP FILE PHOTO

2. He was labelled as “The Butcher” by human rights groups and political activists

Palparan was tagged as “The Butcher” because he was accused of being the chief architect of alleged torture and killing of political activists during his term in the military. According to human rights group Karapatan, during his stint as the Commanding Officer of the 7th ID in Mindoro, Karapatan listed 71 victims of extrajudicial killings, 14 victims of frustrated killing, and five incidents of massacre.

As early as 1991, he was implicated in various cases of torture and extrajudicial killings when he led the 24th Infantry Battalion (IB) in Central Luzon, according to Karapatan. In September 1991, about 100 townspeople from Sta. Cruz, Zambales were arrested, interrogated and forced to sign “affidavits of surrender” by elements of the 24th IB.

3. Palparan served as a congressman in the House of Representatives

Three years after he retired from the service on September 11, 2006, Palparan ran and won a seat in the 14th Congress as the representative of the party-list group The True Marcos Loyalist (For God, Country and People) Association of the Philippines, or Bantay in short. Bantay party-list, according to its Facebook page, is “a group of pro-democracy advocates committed to save Philippine Republic against communist terrorism.”

4. He was promoted and recognized by former President and now Pampanga Representative Gloria Macapagal-Arroyo

Palparan was said to be favored by the Arroyo administration as he was promoted twice during Arroyo’s term: in 2003, from colonel to brigadier general, and in 2004 from brigadier general to major general. He was also mentioned in Arroyo’s State of the Nation Address speech in 2006 when she praised Palparan for his efforts in the counter-insurgency campaign of the Arroyo administration. 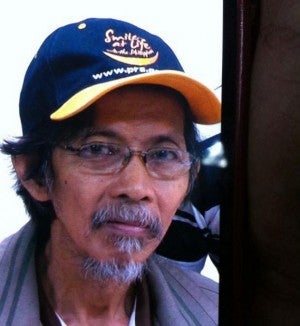 5. Palparan was credited for his “effective” counter-insurgency campaign in Samar in 2005

From February to September 2005, Palparan was the Commanding General of the 8th Infantry Division stationed in Eastern Samar. He claimed that he reduced rebel presence in the area by 80 percent.

However, Karapatan-Eastern Visayas documented 40 cases of evacuations in this island which affected 2,433 individuals or 1,786 families due to the alleged bombing of Palparan’s forces in an attempt to flush out suspected rebels in the area.