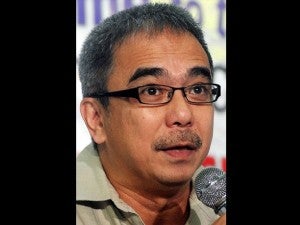 MANILA, Philippines — The country’s nuclear institute is still among the lowest funded agencies under the Department of Science and Technology (DOST).

During the budget briefing at the House of Representatives on Monday, DOST Secretary Mario Montejo in a presentation said the Philippine Nuclear Research Institute (PNRI) is seeking a P258-million budget in 2015, or up from P229.9 million allotted budget in 2014.

The 2015 proposed budget for PNRI is among the lowest at 1.3 percent of the proposed DOST budget of P19.351 billion.

When asked about the possibility of opening up the Bataan Nuclear Power Plant (BNPP) which was launched during the regime of former President Ferdinand Marcos, Montejo said the country is looking at the experiences of Japan, which suffered from a nuclear leak, and Germany.

“These most advanced countries are veering away from nuclear power. I think those are the developments we have to look really closely,” Montejo told lawmakers.

PNRI Executive Director Al Dela Rosa added that the BNPP has to pass a series of tests before it can be safely operated.

“The BNPP has to go through a series of regulatory process and that has not been done yet because the utility has not applied for a license to continue the construction and go on with the operation,” Dela Rosa said.

She said it will take four to five years for the BNPP to go through the tests before operation safely.

Dela Rosa said the PNRI supports the “infusion” of nuclear power in the energy mix.