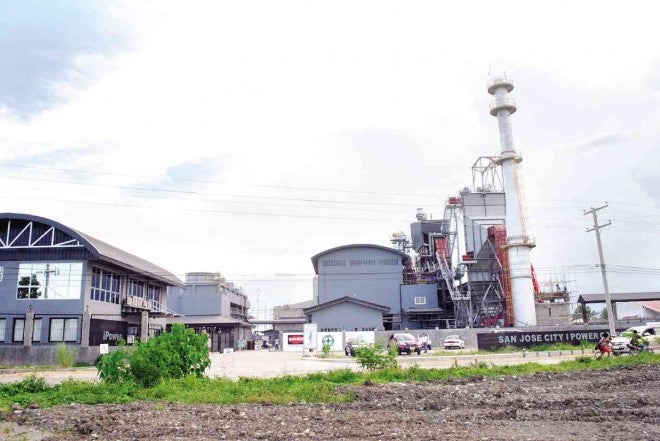 GREEN energy advocates wish there were more plants like this one in San Jose City, Nueva Ecija province, that is capable of generating electricity from machines that use rice husk as fuel. ANSELMO ROQUE/INQUIRER CENTRAL LUZON

CITY OF SAN FERNANDO—A group that continues to oppose the use of nuclear power to generate electricity in the country called on the Aquino administration to resist a lobby in favor of coal or nuclear energy to solve what energy officials said is a looming crisis in power supply next year.

Msgr. Antonio Dumaual, head of  Nuclear-Free Bataan Movement (NFBM), said the group issued a statement against nuclear and coal energy in the wake of a July 25 forum attended by proponents of the two energy sources and residents of two Bataan province towns—Bagac and Morong. Morong is the site of the mothballed Bataan Nuclear Power Plant (BNPP).

The forum was supposedly attended by Mark Cojuangco, cousin of President Aquino and son of businessman Eduardo “Danding” Cojuangco  Jr. Mark is an advocate of nuclear power.

“Using the issue of the imminent power crisis as an excuse, they are once again trying to influence and shape a pronuke stance among the people of Morong and Bagac,” Dumaual said in the NFBM statement.

Completed in 1983, it has not produced a single watt of electricity for Luzon even as the Philippine government spent $1.05 billion to build it. Taxpayers paid an interest of over

P1 billion for the BNPP until 2008 while  National Power Corp. spent P40 million yearly for its upkeep.

The late former President Corazon Aquino ordered it mothballed at the recommendation of experts who found several technical deficiencies.

Calls by  NFBM to the Aquino administration to dismantle it went unheeded.

In a text message, Mark said he was not invited to the July 25 meeting, but he went to Morong on Thursday to express his desire to revive the plant.

“It was a regular presentation, [followed by] an open forum and tour. I sense that it went very well. Many here regret that the facility remains unused,” he  said.

Mark, in an earlier statement, said he objected to a government proposal to convert the BNPP into a gas-powered facility to meet the country’s growing need for power.

He said the administration of former President Fidel Ramos in the 1990s had contracted an Australian engineering company to study if the BNPP could be converted into a natural gas power plant.

He said the Australian company’s study showed that the nuclear plant’s turbine could not be run by steam produced by gas or coal.

“The steam needed can’t be given by gas or coal. Since the plant won’t be efficient, the power that would be produced would be more expensive,” he said.

Mark said the Department of Energy had not heeded his proposal, despite the fact that it knew about a looming power crisis in the country next year.

“Now, they are asking for emergency powers for the

President. Had they already acted on the power situation [by giving thought to nuclear energy], there would be no need for emergency powers,” he said.

Dumaual said: “For some years, we used to be second to the United States in producing geothermal energy, globally. But our combined renewable energy potential (wind, solar, hydro, biomass and geothermal) of around 200,000 MW is set aside in favor of carbon-intensive energy plants like coal and even the worrisome revival of the BNPP.”

The government, he said, should avoid being too dependent on coal, which is a preferred power option in the Philippine Energy Plan, due to its impact on the environment.

Dumaual said the World Bank and the International Energy Agency warned in March 2012 that “80 percent of known reserves of fossil fuels must be left untapped if the world is to avoid a catastrophic temperature rise.”

“Yet, here we are constructing 24 new coal power plants contributing 52.8 million tons a year more of carbon dioxide emissions and an additional 20 more [plants] proposed in the next two to five years, not to mention entertaining the idea of rehabilitating the BNPP as if the continuing tragedy in Fukushima (Japan) has not shown how devastating a nuclear disaster could be,” he said.

The power plants, he said, are “geared for business, mining operations and economic enclaves, like in our case here in Bataan.”

“Now is not the time to gamble with the risk of nuclear technology, which has been proven fundamentally dangerous and unsafe. Instead, it’s time to shut down the nuclear program permanently,” Dumaual said.

In his State of the Nation Address, President Aquino did not explicitly push for nuclear energy or coal, but he instructed Energy Secretary Jericho Petilla to coordinate with the Joint Congressional Power Commission, Energy Regulatory Commission, industries and consumers to “increase capacity to address the energy problem.” Reports from Tonette Orejas, Inquirer Central Luzon, and Yolanda Sotelo, Inquirer Northern Luzon