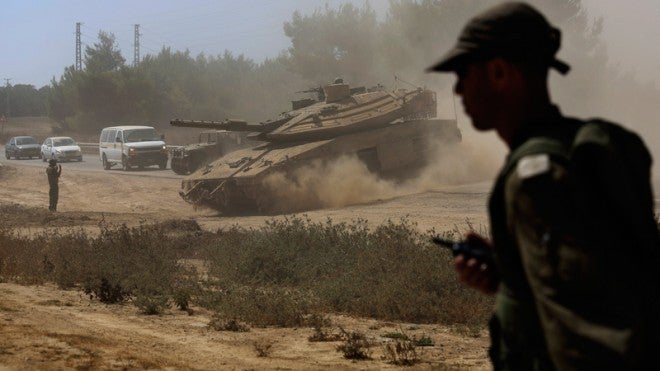 JERUSALEM — The Israeli army says that two rockets have been fired from the Gaza Strip just hours ahead of the expiration of the 72-hour ceasefire that ended a month of violence.

The rockets fell into an open area in southern Israel and caused no casualties, the army said early Friday. There has been no immediate Israeli response.

The rockets threaten to unleash a new round of violence after a month of fighting that has claimed nearly 1,900 Palestinian lives and 67 from Israel.

Indirect talks between Israelis and Palestinians were taking place in Cairo to extend the cease-fire, but Hamas representatives had threatened to resume fighting if their demands to end the blockade on Gaza in place since 2007 were not met.