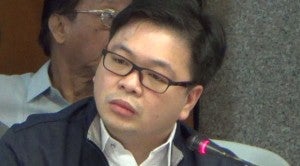 MANILA, Philippines–Suspected rice smuggler David Bangayan, also known as David Tan, will not be charged with smuggling, but with monopoly of supply, it was learned Tuesday.

“He could only be charged with monopoly in restraint of trade for using farmers’ cooperatives as dummies to secure importation permits,” sources from the National Bureau of Investigation told the Inquirer.

Bangayan, who insisted he was not David Tan, was positively identified by leaders of farmers’ cooperatives, who served as his dummies and who later turned witnesses for the government during the investigation, as “one and the same person.”

The sources also said that cases would be filed before the Office of the Ombudsman this week. 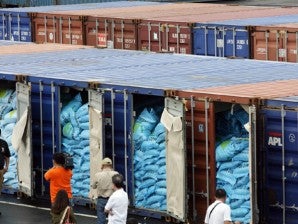 The source said that Bangayan and others took advantage of the tax-free importation privileges of farmers’ cooperatives to bring in imported rice at government subsidized prices.

“What we were able to prove was the conspiracy between farmers’ cooperatives and Bangayan,” the sources said.

“But the farmers were not charged in exchange of their cooperation,” the source added.

The source added that their investigation was limited to determining whether the allegations against Bangayan that stemmed from a Senate hearing could be subjective to civil or criminal action, or both.

The source explained that monopoly in restraint of trade carries a fine of at least P2,000 and imprisonment of not more than six months.

The source added that by using the importation permits of farmers which were government subsidized, Bangayan “hampered the course of trade and was left to carry out the control of the supply of rice.

The NFA officials, the sources said, will be charged with violation of the Antigraft and Corrupt Practices Act.

Also to be charged along with Bangayan are David and Judyline Lim, Leah Echeverria, Elizabeth Faustino, Danilo Garcia and Willy Sy.

Sources also said that NFA officials knew of the conspiracy between the accused and the farmers’ cooperatives.

“The members of the NFA SBAC was aware of the collusion between the accused and the farmers but still allowed the bidding to proceed and granted them permits to import,” the sources said.

The NFA officials allowed Bangayan and others to use the farmers’ cooperatives as dummies, the source said.

“They were aware that the farmers cooperatives that participated in the bidding for importation papers were incompetent to met the requirements and were fronts of moneyed businessmen,” the source said.

The sources said that leaders of the farmers’ cooperative admitted in their statements that they were paid by Bangayan in exchange for the importation papers from the NFA.