LPG prices down in August 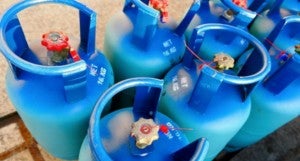 According to separate advisories from major LPG providers Petron Corp. and Isla LPG Corp., they are reducing the prices of their respective products for the month starting 12:01 a.m., Friday (August 1) to reflect the drop in international contract prices.

Petron said it would reduce the price of its Gasul branded household LPG P2.25 per kilogram and by P1.25 per liter for its Xtrend branded auto LPG product.

Isla LPG said it would roll back the price of its Solane branded LPG by P1.90 per kilogram. That is equivalent to P21 of VAT inclusive savings per 11kg. of Solane LPG cylinder.

On Tuesday, oil firms imposed the third weekly rollback on gasoline products as crude supply continued to be more than demand despite conflict in oil producing countries.

Despite short-term supply concerns, there remains downward pressure on prices as demand growth has stayed sluggish while long-term supply seems stable with the US shale boom adding to Middle East supply, according to analysts.

For several weeks now, crude prices have been in turmoil over conflicting expectations on Middle East production. Sectarian violence in Iraq and Libya has curbed oil exports but Iran, at least, is seen to potentially boost production.