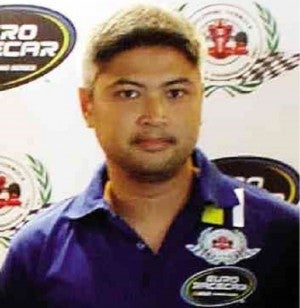 MANILA, Philippines — The National Bureau of Investigation is on the verge of solving June’s murder of international race car champion Ferdinand “Enzo” Pastor, according to Justice Secretary Leila de Lima.

“A parallel investigation is being handled by the NBI-death investigation division. What I know is that the case is nearing solution,” she told reporters in a text message on Tuesday.

She declined to divulge the details of the month-old investigation but added that the NBI’s findings and recommendations would be released soon.

Pastor’s murder was mentioned by President Aquino during his State-of-the-Nation address last Monday when he spoke about high profile killings that took place in the past year.

“Our police are following on a strong lead in the murder case of race car driver Pastor,” the Chief Executive said.

“Rest assured: we are seeking justice for all, and not just for a few. We will hold to account all those who have committed wrongdoing,” Aquino added, referring to the cases of Pastor and others.

Pastor, 32, died of gunshot wounds after a motorcycle-riding gunman ambushed the truck he was riding in, in Quezon City last June 12. His assistant, Paolo Salazar, was injured.

Pastor’s family sought the NBI’s help three days later. They asked for a “silent” probe, requesting that developments be kept from the media for the meantime.

The NBI began its parallel investigation by conducting a new autopsy of Pastor’s remains as well as a reenactment of the shooting.

Pastor’s friend, Davao City Mayor Rodrigo Duterte, has offered a P1-million reward for any information leading to the capture and successful prosecution of the perpetrators of the crime.

A racer since 1999, Pastor made sports headlines last year when he became the first Filipino to participate in the NASCAR Whelen Euroseries Open Championship.

Pastor was shot while traveling to Clark, Pampanga, in preparation for the final leg of the 2014 Asian V8 Championship Series season.