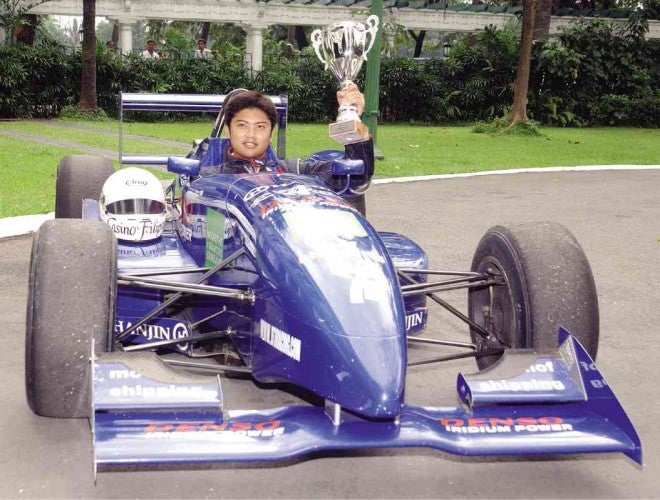 Even in death, Ferdinand “Enzo” Pastor wanted to remain a racer: He preferred his ashes to be placed “inside an engine” so he would have a feel of what it’s like, then have someone “rev the sh— out of it.”

This was according to mechanic and close friend Marc Thomann, one of the colleagues shocked by Pastor’s murder at a Quezon City intersection Thursday night, just days after the 32-year-old sportsman and father of two won his latest race.

“It is a big loss for the family and for the nation, which benefits most when Enzo does well in his races abroad. He was like the Pacquiao of racing,” Thomann said in tribute.

The police have yet to establish the motive for the attack—why someone excelling and widely admired for his speed on the track would be stalked by a masked gunman who waited for him to slow down and stop at a red light.

Pastor was driving an Isuzu truck carrying a race car, with his helper Paolo Salazar as passenger, when ambushed around 10:20 p.m. Thursday at the corner of Congressional and Visayas Avenues, according to the Quezon City Police District.

The case investigator, PO2 Alvin Quisumbing, said the 20-year-old Salazar recalled seeing the pistol-wielding assailant firing at his boss through the window. “The victim still managed to tell his helper to duck: ‘Dapa, dapa!’ It was over in a matter of seconds,” the officer told the Inquirer.

Pastor was hit in the head while Salazar took a bullet in the abdomen.

The two men were then on their way to Clark International Speedway to transport the race car for the final leg of the Asian V8 Championship in July. They had just come from the Batangas Racing Circuit, where Pastor won a race on Saturday.

In a statement, the Pastor family said they were “shocked, horrified and grief-stricken by the tragic event that have befallen our beloved Enzo.”

“We are fully cooperating with all legal and investigating bodies to find a resolution to this tragedy. We have full faith in the Philippine legal system and we trust that justice will prevail.”

In an interview, Thomann said “we are as baffled as everyone else. We have no idea why it was Enzo.”

“On the track, there’s practically no conflict. In a race, what happens on the track stays on the track. Walang personalan (nothing personal),” said the mechanic, who had been a friend of the victim for the last five years.

As far as the family knew, Pastor did not figure in any traffic altercation that might have provoked the shooting that night, he added. The slain racer left behind his wife Dalia and two sons, aged 7 and 5.

Meanwhile, QCPD director Chief Supt. Richard Albano said he had ordered the deployment of personnel to provide security for the Pastor family.