Rain in the forecast for Sona on Monday 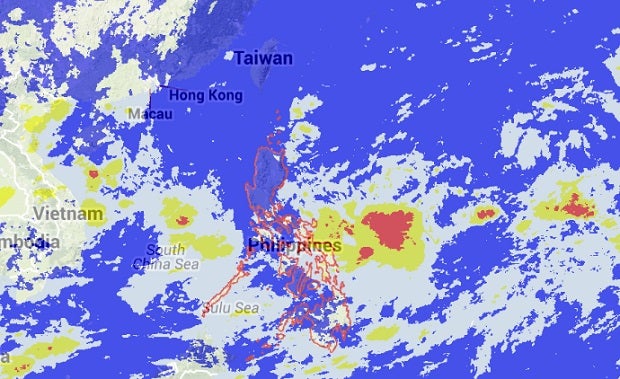 The Habagat or southwest monsoon is expected to bring rain to Metro Manila on Monday when President Benigno Aquino III delivers his fifth State of the Nation Address (Sona).

It is the day a low pressure area (LPA) poised to enter the country’s area of responsibility could develop into storm “Inday,” according to the Philippine Atmospheric Geophysical and Astronomical Services Administration (Pagasa).

Forecaster Gladys Saludes said there was a chance the LPA, which at 4 p.m. yesterday was  700 kilometers east of Northern Mindanao, could develop into a tropical depression in 24 to 48 hours.

“It is still too far to have any effect on the country but the weak habagat is expected to bring rain over the western part of Luzon,” Saludes said.

Should the LPA intensify into a tropical depression, it would be the fourth cyclone to hit the country in July when only two or three on average usually occur.

Pagasa forecasters, however, said that should the LPA become “Inday,” it is not expected to make landfall.

In the weather outlook for the Sona, Pagasa officer in charge Flaviana Hilario said the dominant weather system to affect the whole country will be the southwest monsoon that could be enhanced by the LPA east of the archipelago.

Another LPA expected to enter PH