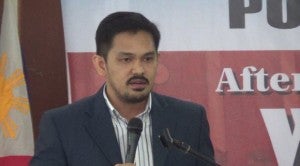 MANILA, Philippines—How could the “culprits”  investigate the alleged crime properly?

Petitioners who brought Malacañang’s Disbursement Acceleration Program  before the Supreme Court slammed Thursday’s Senate hearing on the nullified presidential discretionary fund scheme, saying an independent team should be in charge of the investigation.

Greco Belgica, a defeated Senatorial candidate who is among the lead petitioners against the DAP, questioned the credibility of the Senate finance committee’s inquiry into the program, saying the “air time” given Palace officials to defend the scheme simply served as “a justification of the crime committed by the proponent, not a search for truth and justice.”

“The evidence ought to be brought to the proper forum for investigation and prosecution in court, the Commission on Audit and the Ombudsman, not in the Senate because they are recipients of DAP that makes them part of the crimes committed,” Belgica said.

He accused Malacañang and the Senate of conspiring to push through with DAP, an economic stimulus program that realigned the Palace’s savings to programs and projects of other agencies not provided for in the General Appropriations Act.

Belgica’s lawyer, Harry Roque, described the Senate’s demeanor during Thursday’s hearing  as an act of surrendering its function to watch over a co-equal branch.

It is “sad that the Senate abdicated its oversight functions and opted to be a spin doctor for Malacañang. A subservient Senate is a threat to democracy,” he said.

The Supreme Court unanimously ruled on July 1 that the DAP was unconstitutional and said the program’s sponsors must prove good faith in the proper tribunal, implying the possible liability of those behind the scheme.

On Thursday, the Senate held a hearing asking mainly Budget Secretary Florencio Abad to explain DAP and projects selected for disbursements under the program. Belgica said the points raised by Abad and other Cabinet members in the chamber were “the same arguments” that the Palace had presented the Supreme Court in responding to nine petitions filed against the program.

“The crime was committed through collusion of both the executive and the senate. How can there be credibility? How can they investigate when they are the culprits?” Belgica said.

“The Senate investigation on Abad’s DAP is a classic case of you scratch my back, I scratch yours,’ another waste of taxpayers’ money in the guise of an investigation in aid of legislation,” Jimenez said when sought for comment.

“Say goodbye to checks and balances now that senators like Drilon and Trillanes are actively lawyering for Abad and the Aquino regime. The irony seems lost on the senators. DAP was used to usurp the powers of Congress to approve the budget. These senators are justifying such usurpation, as well as justifying the pork barrel system where politicians depend on the good graces of the executive in order to get projects and services,” said Reyes.

He was particularly piqued by the exchange between Drilon and Abad in which the senator threw questions that drew answers along the Palace’s defense line. Drilon also cited how DAP was covered by the 1987 Administrative Code and a constitutional provision that allows the heads of the three government branches to augment any item in the approved national savings through savings.

“The banter between Abad and Drilon seems scripted to say the least, and was designed to whitewash Aquino’s violations of the law. The Senate hearing is painful to watch and highlights again the rottenness of our system, one that has been corrupted by pork,” said Reyes, whose group supports moves for President Aquino’s impeachment.

Jinggoy Estrada mocks Senate for being ‘rah-rah squad’ of Abad

Cabinet goes all out for DAP