SF soft drink tax up for voter approval in Nov. 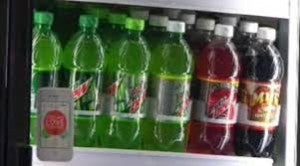 SAN FRANCISCO, California — A 2-cents-per-ounce tax on soda and other sugary beverages, with proceeds going to health programs for children, will be placed on the November ballot for voter approval, after the Board of Supervisors approved the proposal in a 6-4 vote on July 22.

The proposed soda tax was the subject of much discussion as Supervisors Jane Kim, Katy Tang, London Breed and Norman Yee questioned whether a tax is the best way to reduce sugary beverage consumption and if the money will be used in the communities most affected by diabetes, obesity and other health problems tied to a diet high in sugar.

Supervisors Eric Mar, Scott Wiener, Malia Cohen, David Chiu, David Campos and Mark Farrell backed the proposal, noting that the opposition to the campaign is led by the well-funded beverage industry, which has been rallying opposition to the tax and has repeatedly defeated similar efforts in other cities.

Supervisors cited health data showing that one-third of children are on track to develop diabetes, a number that rises to 50 percent for Latino and African American children.

The Stop Unfair Beverage Taxes coalition spokesman Roger Salazar criticized the proposal, saying, “Taxing hundreds of beverages in San Francisco will not change the behavior or teach people about healthy lifestyles.” All it does, he added, is make it harder for struggling San Francisco businesses to make ends meet.

The coalition also argued that there is no real need for the beverage tax measure, citing UCLA Center for Health Policy Research statistics showing consumption of sugary beverages among young people has already decreased by 16 percent.