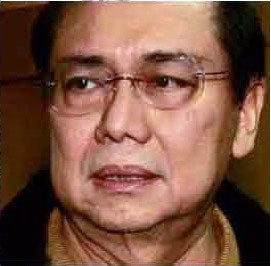 MANILA, Philippines — The hearing over the chopper mess involving former First Gentleman Jose Miguel “Mike” Arroyo was canceled Wednesday after a lawyer of an accused failed to attend the hearing.

Atty. David Erro of accused Hilario “Larry” De Vera failed to arrive at the Sandiganbayan fifth division for the hearing.

The accused said that there has been a miscommunication over the schedule.

“This case has been pending since 2012. The case started in 2012 and we only started trial after two years,” Associate Justice Alexander Gesmundo told the accused.

Division chair Associate Justice Roland Jurado asked the other lawyers to represent the accused for the hearing to proceed.

“The accused has the right to counsel,” he said.

But the other lawyers refused to represent the accused.

The court then adjourned the hearing around ten minutes after it had started.

The hearing also started late as the court waited for the lawyer to appear.

Arroyo, accused as being behind the P62-million sale of two choppers to the police through an accredited supplier, Manila Aerospace Products Trading Corp. (Maptra), faces a graft case.

Since the trial started, Lionair owner Archibald Po had told the court he was the one who sold to Arroyo five Robinsons helicopters, two of which the former first gentleman allegedly sold to the police as brand new.

Arroyo had denied owning the helicopters and denounced the statements of Po, who testified in a 2011 Senate inquiry that he delivered $700,000 in cash to Arroyo at the LTA Building in Makati City following the sale.

Po, however, has yet to bring up before the court the issue of the sale of the two choppers to police.