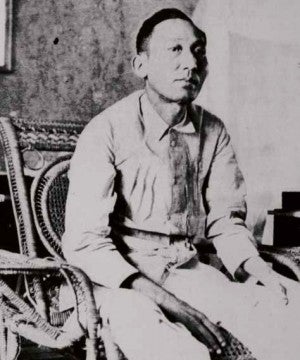 REDUCED BY HISTORY The simplistic accolades “Sublime Paralytic” and “Brains of the Revolution” do not do justice to his life and legacy.

MANILA, Philippines–Apolinario Mabini (1864-1903) has been reduced by textbook history into two simplistic titles: “Sublime Paralytic” and “Brains of the Revolution.”

These meaningless titles do not do justice to the hero’s life and legacy.

From June 12, 1898, when he became Emilio Aguinaldo’s closest adviser, to May 7, 1899, when Aguinaldo accepted his resignation as president of the Council of Secretaries, Mabini served as prime minister and foreign minister in the First Philippine Republic.

He drafted a Constitution because he did not agree with provisions in the draft that was eventually adopted and became known as the Malolos Constitution.

Mabini drafted a program of government and shaped early foreign affairs and diplomacy.

Being in the corridors of power, Mabini was central to the birth of the nation.

To understand the present, it is essential that we look back at the past and the people who shaped the way we are.

It is unfortunate that Mabini’s life and work are not as well-known even though he left two volumes of razor-sharp writings and volumes of correspondence that instruct and inspire.

These volumes are out of print and hardly read in the original Spanish. It is unfortunate that 21st-century Filipinos are separated from their past because of language. Only Mabini’s letters are available in English translation.

Mabini remains relevant today in a nation rocked by corruption. What Mabini went through before he was forced out of government sounds eerily familiar today.

Until recently, historians whispered about Mabini’s paralysis as a result of syphilis. National Artist F. Sionil Jose used this tidbit in his novel “Po-On” and on finding out that polio was the real cause and that the rumor was spread by Mabini’s enemies he had to rewrite part of the novel and issue an apology by way of a new preface.

Mabini did not see eye to eye with Congress, whose powers, he felt, overlapped with those of the executive.

When he was nominated justice of the Supreme Court he had to appear before the grandfather of the present Commission on Appointments and he was told that he could not be appointed to the Supreme Court because he was lame.

Mabini replied dryly, “Why? Does the job entail a lot of walking?”

In a memorandum to the President in January 1899, Mabini warned against a provision in the proposed Constitution that decreed all appointments to Cabinet positions be approved by Congress:

“In my case, for example, because Congress does not like me, I will be censured for anything I do until I will be forced to resign. The members will say that I am a despicable weakling who can swallow all insults. In short, no one can stay in the department except one who knows how to regale the representatives, do what they want, and be in cahoots with them even to do such that will be against the interests of the country and justice. Such department secretaries, even if they should do badly, would be in the good graces of Congress, while the good ones would not be.

“What will you do if the secretaries you appoint be unacceptable to Congress? You will have to change them. And should new ones be neither acceptable, change them again of course. When this happens, no right-thinking person will accept the position except the one who has an understanding with the representatives. For this reason, you will be forced to choose their men whether you like them or not; and since you cannot govern without a Cabinet, you will have no other choice except to please the representatives.”

One could argue that Mabini was probably protecting his own interests, but the above quote sounds painfully familiar in our time and has led some people to claim that Mabini had precognitive gifts that enabled him to foresee some of our political problems more than a century ago.

Mabini was an upright man who was forced out of government and his example rings true today.

Knowing Mabini 150 years from the day he was born on July 23, 1864, will underscore the fact that history does not repeat itself.

The task of history is to help liberate us from the past.

Did you know: Apolinario Mabini