Aquino preaches love amid moves to oust him 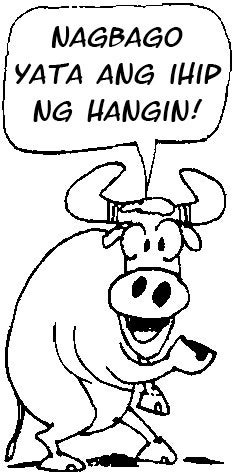 MANILA, Philippines–Amid moves to impeach him, he talked of caring for others. Where he sounded combative before, on Monday he preached the gospel of love, saying that’s the duty of every Christian.

The occasion was the inauguration of the Philippine Arena, which cost Iglesia ni Cristo (INC) more than $200 million to build on a 75-hectare complex in Bocaue, Bulacan province, and which the religious group dubbed the world’s “largest domed arena.”

“In our job to push for reforms, we can’t avoid making enemies,” President Aquino said in Filipino in a speech at the 55,000-seat arena. “There are some who would still look for things to criticize in whatever I do, like my attendance here.”

“May I remind them: We, Christians, have the duty to love one another in the name of God, instead of propagating incertitude and misunderstanding,” he said.

“As followers of God, may we always help in promoting the good of all. May we always be a fountain of hope and care for others, especially who are most in need.”

The President’s tone was unlike that a week ago when he used a televised address to criticize the Supreme Court for declaring portions of his Disbursement Acceleration Program (DAP) unconstitutional.

The day after, at Daylight Dialogue in Malacañang, Aquino warned of a threat that a “collision” with the judiciary might need the “intervention” of the legislature, which he controls.

“I find it difficult to accept the decision when I know that we are right and, more importantly, that doing nothing means depriving so many Filipinos of opportunities to grow and prosper,” he said then.

At the INC event, which was part of the religous group’s centennial celebrations, Aquino quoted the Bible in delivering his message of love.

He cited a verse wherein Jesus tells His apostles to “love one another” as He loved them, and another biblical part where His followers are reminded that whatever they do to the least of their brothers, they do so also to God.

“You know, even I am thinking why I’m quoting from the Bible. Even those who have known me for a long time were somehow surprised,” Aquino said.

The President also said: “You have proved that the Filipino can reach great heights, that we can have achievements as lofty as any in the world.”

Roxas lost the vice presidential race to Binay in 2010 despite the support of INC, whose members are said to vote in unified blocs.

Ciudad de Victoria, the complex where Philippine Arena stands, will be the venue of the group’s centennial celebration on Sunday.

In his speech, the President marveled at the mammoth, 15-story arena, whose seating capacity is said to be more than double that of Staples Center in Los Angeles, California.

“We are here at the structure that everyone has been waiting for—Philippine Arena,” Aquino said. “But we are aware that this structure was built not to compete. This was built because of a sacred and great vision by (the late INC executive minister) Ka Eraño Manalo—to put up a space to serve and spread the grace of God in the local and global communities.”

The arena is hailed by INC supporters as a showcase that will serve as a major venue for concerts and sports events, as well as INC gatherings.

Singapore National Stadium, completed in June, also seats 55,000 people and has been hailed in the press as the world’s largest domed structure.

The builders of the arena say it is resistant to earthquakes, which are a frequent threat to the Philippines.–With a report from AFP