KIEV, Ukraine—Ukraine is accusing Russia of assisting separatist rebels in destroying evidence at the crash site of a Malaysia Airlines plane shot down with 298 people onboard.

The government said Saturday that militiamen have removed 38 bodies from the crash site and have taken them to the rebel-held city of Donetsk. It says the bodies were transported with the assistance of specialists with distinct Russian accents. 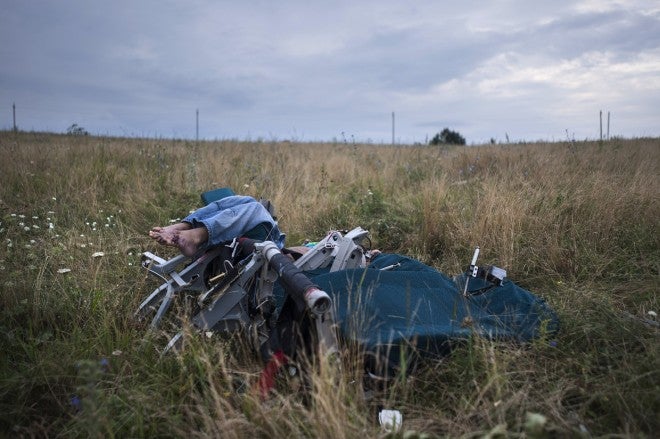 A body sitting in a plane chair is seen at the crash site of a Malaysia Airlines jet near the village of Hrabove, eastern Ukraine, Saturday. AP

Ukraine called on Moscow to insist that the pro-Russia rebels grant international experts the ability to conduct a thorough investigation into the downing of the plane — a demand that President Barack Obama issued Friday.

An international delegation visited the crash site Friday evening but was only allowed to view one small portion. Militiamen behaved aggressively and eventually ordered the team to leave.