PAL assures passengers it does not fly over Ukrainian airspace 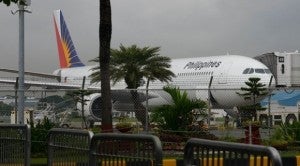 MANILA, Philippines–Flag carrier Philippine Airlines on Friday assured its passengers that it does not fly over Ukrainian airspace, following the tragic incident involving a Malaysian Airlines aircraft that was reportedly shot down over an area of conflict.

“We wish to convey our heartfelt sympathies to the families of the victims of this tragic incident and join the rest of the world in praying for those who were lost, as well as their loved ones,” the carrier said in a
statement.

PAL also assured passengers, particularly those taking its direct Manila to London flights, that it continues to strictly follow regulations on flight paths.

“We comply with all safety advisories covering allowed flight routes, areas of restriction or conflict areas, and all other related matters governing flight paths,” PAL said.

Also, the route that PAL’s Manila – London – Manila flights uses does not go anywhere near Ukraine or its territory.

The flight route, which covers Southeast Asia, the Indian continent, Turkey, Middle East and Europe “is nowhere near the no-fly zone areas.”