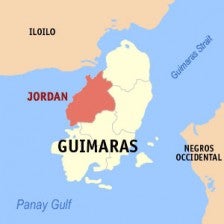 ILOILO CITY— Guimaras Island experienced blackout Wednesday morning after a power submarine cable was believed to have been damaged by a ship’s anchor, an official said.

Lieutenant Commander Dominador Senador III, commander of the Coast Guard station in Iloilo, said the submarine cable could have been damaged by the anchor of the cargo vessel MV Ocean Prosperity, citing initial reports.

Senador said the ship’s anchor could have drifted or was dragged while in the process of anchorage between Guimaras Island and Iloilo.

He said the Coast Guard was still conducting an investigation into the incident.

Power was restored late in the morning in limited areas in the province with supply coming from Trans-Asia.

The areas with power include the town proper of the provincial capital of Jordan and the centers of the four other towns, according to Teresita Siason, executive officer of the provincial disaster risk reduction and management office.
“We are still determining the extent of the damage and investigating the circumstances on how the submarine cable was damaged,” Siason told the Philippine Daily Inquirer.

Rotational brownouts are expected to be implemented by Guimelco because of the lack of power supply until the submarine cables will be repaired, according Siason.

Barge anchored off Naga City runs aground in Cebu town

6 areas placed under state of calamity