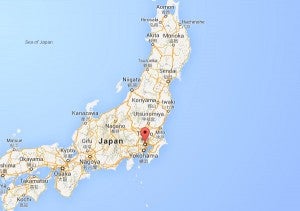 Japan’s Meteorological Agency said the quake struck 10 kilometers (6 miles) below the sea surface off the coast of Fukushima, northeast of Tokyo.

A 20-centimeter (8-inche) tsunami reached the coast of Ishinomaki Ayukawa about 50 minutes after the quake. Smaller waves were observed at two other locations along the coast.

Changes to the shoreline, however, were not visible on television footages of NHK public broadcaster.

The agency issued tsunami advisory of up to 1 meter (3 feet) in Fukushima, Miyagi and Iwate prefectures along the Japanese northern coast.

Fukushima Dai-ichi and two other nuclear power plants, along with other nuclear facilities along the coast, found no abnormalities following the 4:22 a.m. (1922 GMT Friday) quake, and their reactors and fuel storage pools are being cooled safely, according to the Nuclear Regulation Authority.

Tokyo Electric Power Co., which operates the Fukushima Dai-ichi plant, has instructed plant workers on night duty along the coast to retreat to higher grounds.

The 2011 disaster killed about 19,000 people. That disaster also triggered multiple meltdowns at the Fukushima plant. More than 100,000 people are still unable to go home due to fear of radiation contamination from the plant.