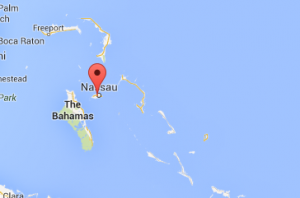 NASSAU, Bahamas — Dozens of Chinese construction workers employed at a multibillion-dollar resort project in the Bahamas launched a protest Wednesday in an apparent dispute over wages.

The workers are employed by China Construction America, which is developing the $3.5 billion Baha Mar hotel-and-casino project in the capital of Nassau.

A group of roughly 50 workers in hard hats walked several miles from their work site to the Chinese Embassy, where they demanded to meet with officials. Police officers blocked the entrance to the embassy for several hours.

Baha Mar said in a statement that it is committed to fair and equal treatment of all workers.

“We are supporting China State Construction in their investigation to understand the concerns raised by their workers,” Baha Mar said, declining further comment.

China State Construction could not be immediately reached for comment. It is the parent company of China Construction America, the general contractor for the resort that has received a $2.4 billion loan from the Export-Import Bank of China.

Baha Mar is a sprawling, 1,000-acre (405-hectare) resort scheduled to open in December.