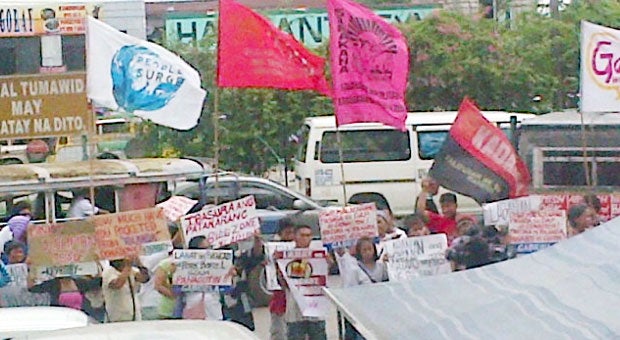 MANILA, Philippines — At least 30 members of various militant groups held a rally in front of the Sandiganbayan on Tuesday as they called for the arrest of President Benigno Aquino III over the pork barrel scam.

They said Aquino and his allies involved in the scam should also be held arrested. They called the president “Pork barrel king.”

Gabriela Representative Luz Ilagan was present during the rally, calling for all those involved in the scam to be held accountable.