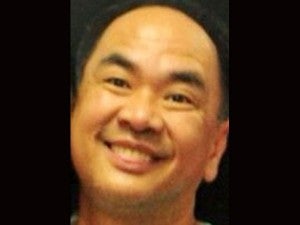 MANILA, Philippines—The Court of Appeals stood pat on its November 2013 decision refusing to recall the arrest warrant issued against Reynald Lim, the fugitive brother of Janet Lim-Napoles in connection with the serious illegal detention case filed by whistleblower Benhur Luy.

In a 4-page resolution, the appeals court’s former 7th division said Lim failed to raise new issues that would warrant a reversal of their decision issued last year.

Lim, in his petition, accused Judge Alameda of acting “whimsically and
arbitrarily when he denied the motion for judicial determination of probable cause and issued the warrant of arrest even before the motion be heard.”

Luy alleged that siblings Janet Napoles and Reynald Lim instigated his abduction from Dec. 2012 to March 2013 to stop him from revealing to authorities his knowledge about Napoles’ involvement in the multi-billion peso “pork barrel” scam.

“Finding his argument unmeritorious, we ruled in the [November 2013] decision of ours that the documents, comprising of the affidavits and sworn statements of the National Bureau of Investigation including those executed by Benhur Luy and his immediate family members and sufficient on which to anchor a finding of probable cause,” the appeals court, through Associate Justice Noel Tijam said.

The court said that Makati Judge Elmo Alameda who is handling the case had complied with the Constitution and the rules.

The appeals court said Judge Alameda is only determining probability and not the certainty of guilt in issuing the warrant.

“The Constitution underscores the exclusive and personal responsibility of the issuing judge to satisfy himself of the existence of probable cause,” the court said.

The appeals court added that they are not prejudging the case or the guilt of innocence of Lim.

“We are simply saying that, as a general rule, if the information is valid on its face and there is no showing of manifest error, grave abuse of discretion or prejudice on the part of the public prosecutor, courts should not dismiss it for ‘want of evidence’ because evidentiary matters should be presented and heard during trial,” it further stated.

The trial of the case continues at the Makati Court.

Luy tells court: I was confined in Catholic retreat house