Controversial funds given to Balweg group under pact affirmed by Aquino
Philippine Daily Inquirer / 12:07 AM July 06, 2014 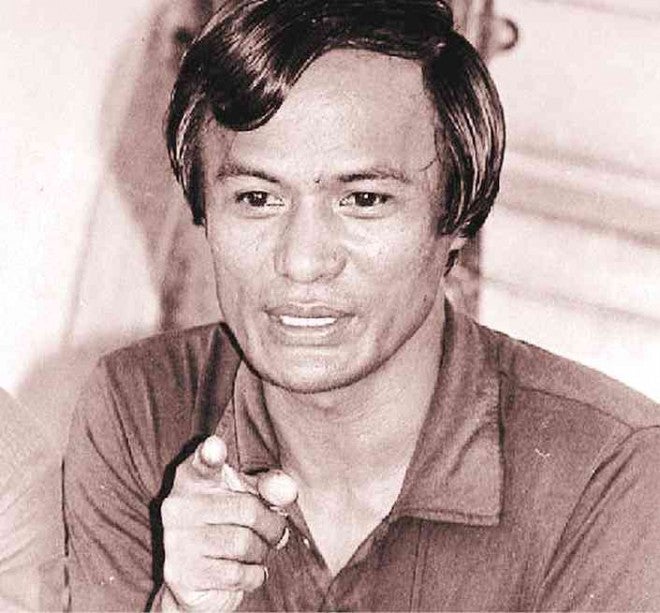 BAGUIO CITY—Funds for a project promised to the militia of slain rebel priest Conrado Balweg, which were allocated using the Disbursement Acceleration Program (DAP), have been “well spent” and used “in good faith,” according to leaders of the Cordillera region on Friday.

The Supreme Court this week ruled that the DAP was unconstitutional because it was a usurpation of Congress’ power of the purse.

But the high court said what the DAP had financed, like ongoing road or bridge projects, that were implemented in good faith would not be affected by the program’s nullification.

Many of the projects funded by the DAP were roads and bridges, “which previous administrations never undertook before and after martial law,” and must qualify as services “done in good faith to the Cordillera people who have long been neglected,” said Mayor Gabino Ganggangan of Sadanga town, Mt. Province.

The DAP included “a Comprehensive Peace and Development Intervention package worth P8.59 billion… to foster peace, development and reform in the Autonomous Region in Muslim Mindanao, as well as an additional P1.82 billion for peace and development activities with [CPLA] and the Moro National Liberation Front,” according to an Oct. 12, 2011, news release from the Department of Budget and Management.

The inclusion of CPLA projects in the DAP apparently fulfilled a July 4, 2011, closure agreement between CPLA and President Aquino to conclude peace negotiations that were started by his late mother, former President Corazon Aquino, shortly after the 1986 Edsa People Power Revolution.

The closure deal, facilitated by the Office of the Presidential Adviser on the Peace Process (Opapp), granted CPLA various concessions, including projects in upland communities, said Ganggangan, who took part in the agreement as head of the Cordillera Bodong Administration, CPLA’s political arm.

In exchange, the militia agreed to disarm and disband, transforming itself into a social economic organization  called the Cordillera Forum on Peace and Development.

But the DAP allocation for CPLA was cited among the anomalies raised by the party-list group Bayan Muna, one of many organizations that questioned the DAP before the high court last year.

The Bayan Muna petition questioned the allotment of P1.8 billion in Opapp funds for “so-called peace projects” that “do not meet the criteria of economic stimulus and benefits to the poor.”

Before the DAP was challenged last year, CPLA officials who signed the closure agreement quarreled over leadership. A faction of the militia also refused to abide by the July 2011 deal with the government.

“These are internal rifts that should not concern the government. What is important is that the Palace fulfilled many of our requests and many communities are now benefiting from the roads,” Ganggangan said.

The DAP allocation for CPLA projects was coursed through the government’s Payapa at Masaganang Pamayanan (Pamana) program, which aids communities in conflict areas.

P246 million for CPLA livelihood and community projects, according to the Opapp website.

Marlon Walang, the Department of the Interior and Local Government’s (DILG) Pamana coordinator in the Cordillera, said many of the projects had been completed since 2011 and some were in various stages of construction.

The projects were identified by CPLA and validated by various government agencies before these were implemented, Walang said on Thursday.

A list provided by the DILG showed that 19 of more than 50 village projects that began in 2011 had been completed: the improvement of roads and an irrigation canal in Luba town,  Abra province  (P14 million); concreting of roads and completion of bridges in San Isidro, Manabo and Licuan-Baay towns, Abra (P26 million); and new roads and farming warehouses, complete with solar-drying facilities, in Conner and Pudtol towns, Apayao province (P28.8 million).

Also completed were a road and farm tramlines in Bakun and Kibungan towns, Benguet province (P54 million), and a road and multipurpose gymnasium and peace center in Hingyon town, Ifugao province (P5.3 million).

The DILG list showed that 11 other CPLA projects that were started in 2011 had been completed but funds either had not been released in full to pay their contractors or had not been turned over officially to their beneficiaries. Among these projects were potable water systems in Banaue town, Ifugao, and in Licuan-Baay town, Abra.

Walang said Pamana projects in the Cordillera were included in the budget laws.

Ganggangan said CPLA had initial qualms about the slow progress of the infrastructure projects “but we understand that there are processes the government is required to do [and these] take time.”  Vincent Cabreza, Inquirer Northern Luzon