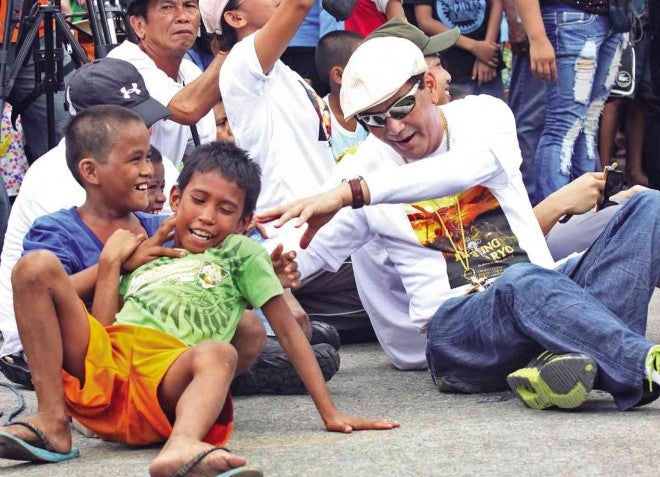 CEBU CITY—The Office of the President is investigating Mayor Michael Rama and 13 other officials for giving themselves and over 4,000 employees calamity funds totaling P84.5 million following two disasters that struck the city last year.

Delute said city officials gave themselves and the rest of city hall employees P20,000 each in calamity assistance after parts of Cebu City were hit by the 7.2-magnitude earthquake on Oct. 15, 2013, and Supertyphoon “Yolanda” on Nov. 8, 2013.

Delute raised questions on the propriety of the funds release, saying it was tantamount to the officials giving themselves extra Christmas bonuses masquerading as calamity funds. The funds were released before Christmas last year.

“While Cebu City was affected by both the earthquake and Yolanda, the fact remains that it was merely in the periphery, meaning that the damage it suffered was minimal,” according to Delute’s complaint.

“Not all city hall employees, therefore, were affected by the two calamities,” it added.

Rama said politics was behind the filing of the complaint since it came from Delute, a candidate who lost to the mayor’s cousin in last year’s barangay elections.

In an earlier interview, Rama admitted that he used his P20,000 calamity assistance to pay for water and electricity bills in his house at the Rama compound in Barangay Basak San Nicolas, Cebu City.

Four councilors are not in the complaint because they did not take part in voting for the release of the calamity funds.

Councilors Margot Osmena and Leah Japson abstained from voting, saying they could not accept the calamity assistance because they didn’t consider themselves victims of calamity.

Councilors Richie Osmena and James Cuenco were absent during the voting.

The Commission on Audit (COA) described the appropriation as “highly questionable” in its 2013 annual audit report.

Although the supplemental budget appropriated only

Auditors directed city officials to secure approval from the Office of the President to justify the release of the cash assistance and prevent disallowance.

Since the beneficiaries also did not  undergo validation by the Office of Civil Defense, they where not categorized as victims of calamity.

“In fact, not all residents of the city or the province of Cebu suffered physical damage,” according to the city’s 2013 audit report.

Auditors also questioned why the calamity assistance was recorded as “donations” and charged to a donations account under the Office of the City Administrator instead of the city’s calamity funds.

The donations account was created to supposedly record donations that were released to other government offices, private individuals and institutions.

“The recording of financial assistance under the donations account is irregular for it tends to mislead [regarding] the true nature of the disbursement in the disguise of giving donations,” the COA said.