Dream on: Marcoses out to return home to Malacañang 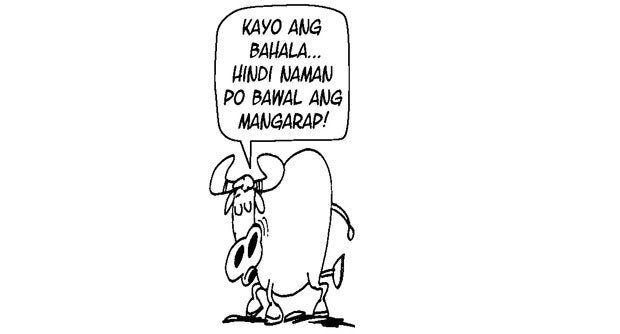 Imelda Marcos, the dictator’s widow who now represents Ilocos Norte province in Congress, offered a toast on her 85th birthday on Wednesday as she made plans for a triumphal return to Malacañang.

Wearing a flowing red gown and diamond rings, the self-declared “poverty-stricken” Imelda was serenaded by throngs of supporters as she emerged from her private chambers in the family mansion in their northern stronghold of Batac.

“My only wish is for God to give me a little more strength to prolong my life,” she told reporters who asked about her birthday wish.

In the freewheeling often rambling interview, however, Imelda didn’t discuss her fragile health. She was rushed to the hospital last year for extreme fatigue but later recovered.

“I still have a vision and hope to bring more help to the Filipino people,” she said.

She insisted that Ferdinand Marcos Jr., her senator-son and namesake of her late husband, was “qualified” to contest the presidency in May 2016 when President Aquino, son of the Marcoses’ top political foe, ends his six-year term.

“(Returning to) Malacañang would be a great help” in implementing her projects, she said.

The flamboyant matriarch became the symbol of excess during the brutal 20-year regime of her late husband, who was also accused of looting state coffers and whose martial law rule was marked by human rights abuses.

While the rest of the country wallowed in poverty and thousands of activists were killed or went missing, Imelda and her children enjoyed a jet-setting lifestyle.

She amassed a jewelry collection valued in the tens of millions of dollars and acquired hundreds of paintings by international masters like Monet and Picasso.

The government conservatively estimates the dictator Marcos plundered government coffers of about $10 billion.

The Edsa People Power Revolution in 1986 forced Marcos and his family into exile in Hawaii, where the dictator died three years later.

As the people stormed the abandoned presidential palace, they discovered Imelda’s 3,000 pairs of shoes that came to symbolize the extent of her extravagance.

Imelda and her three children were subsequently allowed to return home, and have since regained significant political clout in the late dictator’s northern home province of Ilocos Norte.

Imelda won a second term as congresswoman representing Ilocos Norte last year, the same year her son was elected senator. He has hinted at joining the presidential race in 2016.

Her eldest daughter, Imee, is the provincial governor.

On Wednesday, a regal but tired-looking Imelda dramatically planted a kiss on her husband’s glass coffin as photographers jostled for position.

The dictator’s wax-like remains are kept in an air-conditioned crypt at the family compound which has become a macabre tourist attraction.

Declaring herself the “mother of world peace,” Imelda then hit out at plans by the Aquino administration to auction off her jewelry collection.

She accused the President’s late mother, democracy icon Corazon Aquino who was swept to the presidency, of persecuting the Marcos family after they fled the country in 1986.

“Her first act was to confiscate and sequester all Marcos wealth even before we were tried, and that was illegal,” Imelda said.

She said she would prefer to have the jewels put on public display “because I want the Filipinos to know what is world-class and see that.”

I see a Marcos running for the presidency—Imelda

SC backs Sandigan in throwing out evidence vs Marcoses