MANILA, Philippines–It’s all about the return of the power of the purse to Congress. 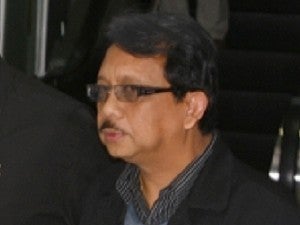 But in the ultimate analysis, the decision of the Supreme Court declaring unconstitutional activities under Malacañang’s juggling of government savings under the Disbursement Acceleration Program (DAP) required vigilance.

“This is a partial victory for us since the major portions of the DAP were declared unconstitutional. It’s short of saying the DAP is illegal,” Volunteers against Crime and Corruption founding chair Dante Jimenez said in a phone interview.

“We hope this will be the start of sustained efforts to come up with more aggressive monitoring against unjust spending of public funds,” he said.

Sen. Ralph Recto said the administration was no longer doing the acts that the high court had struck down, unilaterally stopping these acts.

“There could have been an oversight in the way the funds were released, but I’m sure by and large they were properly spent,” he said.

Recto also said the Court’s ruling weakened the executive and strengthened Congress’ power of the purse.

“It weakens the executive’s ability to realign funds and make its own budget and so on and so forth, that’s my impression of the ruling. So I welcome the ruling in that sense,” he said.

“The big challenge now is accountability. We will pursue this for sure. Aquino and (Budget Secretary Florencio) Abad should be answerable to the people. Billions were spent as presidential pork, used to influence Congress.

“The DAP became a source of corruption and a tool to control other branches of government. Something illegal was committed. Someone must be held to account. We’re referring to you, Mr. President. All legal options are on the table,” Reyes said.

Greco Belgica called on Congress to investigate the DAP and its perpetrators so that the scheme would not be repeated.

“If the Priority Development Assistance Fund (PDAF) which is covered by law, is illegal, how can the DAP—which has no law cover—be legal? It cannot. The pork barrel system in all its names and forms is illegal,” Belgica said.

At the same time, she once more called on the Commission on Audit to look into the alleged bribery of Congress members during Corona’s trial last year in connection with the DAP.

“Both the pork barrel and DAP scandals are equally repulsive, and the Supreme Court declared both funds unconstitutional. I wholeheartedly welcome the impartial adjudication of these abominable abuses of public funds by the Supreme Court since I cannot obtain relief from the Senate itself, which appeared to have been complicit in bribery,” she said in a statement.

According to her, every senator who voted to convict and every House member who voted to indict Corona, and who would be shown to have gotten additional pork during and immediately after the impeachment trial, were presumably guilty of bribery considering the close timing of the two events.

The Makati Business Club (MBC) said it expected the Supreme Court decision to “better guide the government in the prudent management and utilization of public resources.”

“We recall that the DAP was the means by which government accelerated much-needed infrastructure projects that had slowed down due to a careful review by the Aquino administration of all projects in line with its policy of zero tolerance for corruption,” MBC executive  director Peter Perfecto said in a text message.

“The MBC nevertheless views with respect the Supreme Court’s unanimous ruling declaring these acts and practices under the Disbursement Acceleration Program, National Budget Circular No. 41, and related issuances as unconstitutional,” he added.–With a report from Amy R. Remo