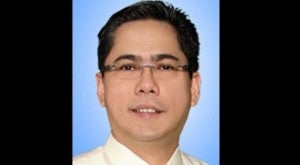 Cunanan on Friday filed a motion to travel to Japan from July 7-15, and to the United States from July 20-August 3.

He also asked the court to lift the hold departure order against him as he faced graft charges for his alleged involvement in the pork barrel scam.

Cunanan has been accused of using TRC as a conduit between lawmakers and the bogus foundations of alleged mastermind Janet Lim-Napoles to earn kickbacks.

In his motion, Cunanan intends to travel to fulfill his duties as a world secretary general of the Junior Chambers International.

Cunanan also waived his right to be personally present during the hearings on the pork barrel scam.

Cunanan said he was willing to cut short his trips and go back to the country in case the court would require his presence.

Cunanan added that he has proven himself not to be a flight risk because when the pork barrel scam charges were filed against him, he was in the US and he immediately booked a flight to Manila to face the charges.

He had also been allowed by the Department of Justice to travel on official business while the cases were pending in the Office of the Ombudsman, according to the motion.

He said he has travelled to Japan, Brazil, and US from October 2013 to June 2014 when the cases were still with the Ombudsman.

But before he can be allowed to leave, Cunanan has to be arraigned on his graft charges, Pulma added.

In the case of the third division, which has yet to find probable cause against Senator Juan Ponce Enrile and his co-accused, he would have to be conditionally arraigned, Pulma said.

The Ombudsman had junked Cunanan’s bid for immunity from charges.

As provisional state witness, Cunanan has testified that Senators Estrada and Revilla called him up personally so that their pork barrel funds could be funneled to Napoles’ bogus foundations.