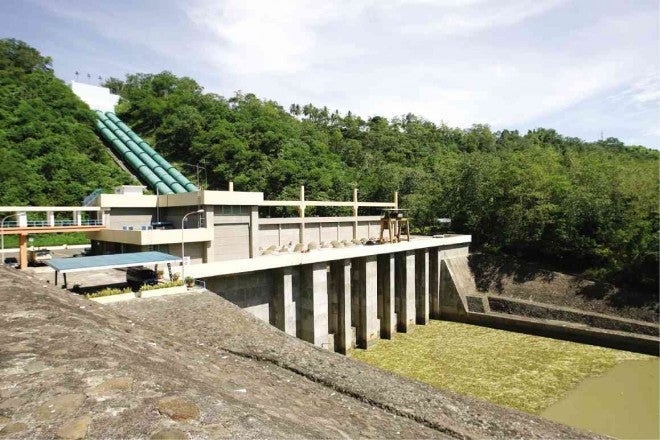 THE PULANGI IV hydroelectric facility in Maramag town, Bukidnon province, one of the sources of hydropower in Mindanao that a consumer group leader said should be fully tapped LYN RILLON

DAVAO CITY—A leader of a power consumers group warned against the use of what he said was the “Luzon solution” to the crisis in electricity besetting Mindanao, saying consumer welfare is being disregarded.

David Celestra Tan, one of the leaders of the group Matuwid na Singil sa Kuryente Consumer Alliances Inc. (MSKCA), said the construction of coal or gas plants in Mindanao to be used as source of so-called base power load, or the main source of electric supply, would deprive consumers of cheaper sources of electricity, mainly hydropower.

Tan said such happened in Luzon when facilities producing at least 2,000 megawatts of electricity from hydropower sources were sold to the private sector.

MSKCA, set up in 2011 by consumers of Manila Electric Co. (Meralco), said what happened in Luzon is happening now in Mindanao.

Tan said the 2,000 MW of hydropower in Luzon had been relegated as reserve after facilities generating these have been privatized, depriving consumers, mainly in Metro Manila, of cheaper hydropower.

“[People in] Metro Manila are denied the cheaper

He said the significant portion of cheap hydropower in Luzon, priced at P2.80 per kWh, had been diverted to the Philippine Wholesale Electricity Spot Market (WESM) and sold at so-called settlement prices that reach P33 per kWh.

“Future power supply in the National Capital Region is eerily becoming a hulking and uncontrollable monopoly against which consumers don’t stand a real chance,” he said.

“The power woes of Mindanao have been taking long to solve because we are trying to force upon Mindanao a Luzon solution that had already failed consumers,” he added.

For instance, he said, the power base-load capacity, or main source of electricity, that is being built in Mindanao, estimated to result in a power surplus by 2016, was made up mostly of coal, with the cheaper hydroelectric Agus complex not yet rehabilitated.

“Worse, it (the Agus complex) might be privatized and relegated to being a reserve plant, just like the Luzon hydro plants,” he said.

“If we don’t change course, Mindanao’s power mix and costs will be similar to the Meralco area,” he said, adding that  Philippine Electricity Corp., or the entity that operates WESM, intends to install in Mindanao the Luzon-style WESM that had been a disaster for Meralco consumers.

“But it’s not yet too late to rethink and launch an improved Interim Mindanao Electricity Market  and later, WESM, that is sufficiently protective of Mindanao consumers,” he said.

per-kWh hydropower from the Agus complex, or about 30 percent of peak demand.

“Agus can be rehabilitated to become a reliable source of

850 MW of power, and there are more than 350 MW from more hydro projects that can be developed,” he said.

“The people of Mindanao should be allowed to continue to enjoy the blessings of their abundant hydro resources,” Tan said. “We should not be abandoning the long-held policy of low-cost power for Mindanao,” he added.

“Their power supply must be built around the Agus-Pulangi complex as the primary source,” he said.

He said the evolving energy mix in Mindanao was coal first, geothermal second, diesel third and hydro last. This, he said, would translate to higher costs and be a betrayal of Mindanaoans.

He said if nothing is done to make hydropower the main source of electricity, the cost of electricity in Mindanao would range from P6 to P10 per kWh instead of P3 per kWh if hydroelectric sources are tapped.

He said the government should be fully supporting hydro projects of power cooperatives that would generate up to 100 MW. Germelina Lacorte, Inquirer Mindanao