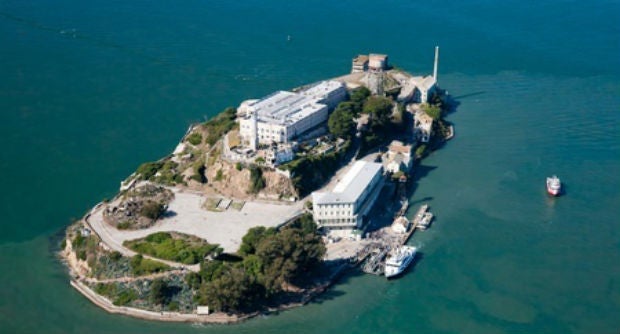 MANILA, Philippines – Citing the recent spate of killings, a crime watch group has asked President Benigno Aquino III to build a high-security prison facility similar to the defunct Alcatraz Federal Penitentiary in the US.

Dante Jimenez, founding chair of the Volunteers Against Crime and Corruption (VACC), wrote to Aquino on Monday, complaining about the alleged spike in heinous crimes and suggested ways to curb it.

In the letter made available to media, Jimenez suggested that the government “transfer the New Bilibid Prison from Muntinlupa to an island with state-of-the-art prison for convicted felons with life sentence and enforce strict reformatory programs.”

Jimenez claimed that the number of escaped convicted felons and suspects has been increasing. At the same time, he said there has been “special treatment for rich and influential” detainees.

VACC’s proposal could be compared to Alcatraz, an infamous US maximum high-security federal prison off the coast of California. It gained notoriety because of the criminals sent there and the allegedly inhumane conditions they experienced. It closed in 1963 due to its high operational costs.

Jimenez also suggested requiring motorcycle passengers to wear vests and helmets with the plate number of the motorcycle for easier identification and prevention of crimes.

They said police visibility should be further increased while the three branches of government should find a way to resolve “in the fastest way possible all heinous crime cases under litigation.”

“Lastly, revive the Death Penalty Law for Heinous Crime Felons to send a strong signal to criminals/criminal syndicates that our State will not tolerate heinous crimes to prosper and propagate in our country,” Jimenez said in the letter.

VACC’s letter came days after the death of race car driver Ferdinand “Enzo” Pastor and more than a week after the murders of Urbistondo Mayor Ernesto Balolong Jr. and police inspector Rodelio Diongco.

The group claimed that heinous crimes, such as murder, rape, robbery, homicide and illegal drug trafficking, increased by three times under the Aquino administration.