The mysterious annual ritual of the pigeons of Pasuquin | Inquirer News

The mysterious annual ritual of the pigeons of Pasuquin 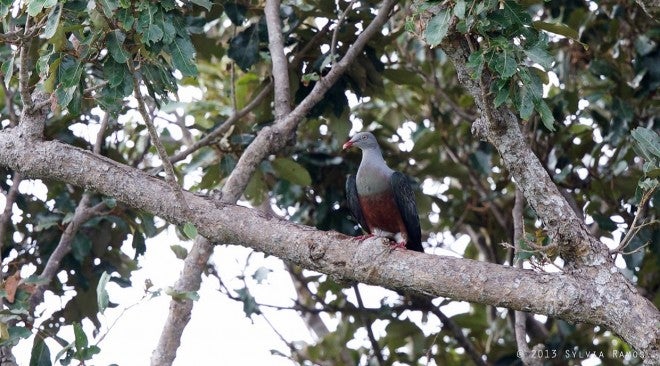 MANILA, Philippines – Between six and eight in the morning last June 3 on the rocky shoreline of Dilavo in Pasuquin, Ilocos Norte, the rarely seen Spotted Imperial Pigeons started arriving. Witnesses to the unique event were a contingent from the Wild Bird Club of the Philippines led by Ilocos Norte-based birdwatchers Dr. Pete Calope and Richard Ruiz and representatives from local government units and the Department of the Environment and Natural Resources.

The Spotted Imperial Pigeon is found only in the Philippines. Every year, between May and August, flocks of this pigeon descend from their presumed breeding areas in lowland forests to congregate in Pasuquin’s shoreline. Why they do this is a mystery. 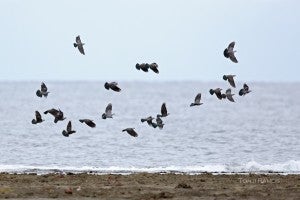 Its numbers, experts agree, have plummeted due to habitat destruction and indiscriminate hunting. The global nature-conservation group IUCN and the DENR both classify it as “vulnerable,” which means it is facing a high risk of extinction in the wild, unless measures are put in place for its protection.

A former official of Dilavo who attended the event said that, as a child, he witnessed how the sky over the area used to darken from the number of arriving pigeons. Unfortunately, he shared, the pigeons’ habit of congregating in the coast at predictable times of the year attracted hunters who targeted the birds, thought to be helpless in the face of their mysterious and overpowering need to gather on the coast.

Ruiz has been monitoring the pigeon’s annual congregation in Pasuquin’s shoreline since 2011. He says the seasonal movement may be a way for individual birds to mingle, perhaps as part of a courtship ritual. Other theories suggest that the doves travel down to the coast to ingest calcium and other nutrients that are needed for egg formation, or to drink and bathe in salt water.

Whatever the reason, stated Calope, there is something about Pasuquin that is special and important to these birds. Pasuquin’s shoreline is unique because it is the only place in the country where the Spotted Imperial Pigeon is observed regularly, he added.

“Why do the Spotted Imperial Pigeons choose Pasuquin? Why the seasonal congregations have not been observed in other shorelines of the country is the mystery that needs to be solved to be effective in saving these special pigeons with their unique annual ritual,” Calope said.

Calope and Ruiz are spearheading a grassroots campaign to conserve the Spotted Imperial Pigeon and establish a sanctuary for it in Pasuquin. They stressed that something must be done to protect these endemic birds before they disappear off the place of the planet, and that responsibility is on us Filipinos.

If the local community leaders could agree on a way to protect the pigeon and the part of the coastline that it regularly visits, the annual return of the Spotted Imperial Pigeons in Pasuquin could become an eco-tourism attraction for visitors to Ilocos Norte, Calope said.

Ilocos Norte should be proud that it still has a population of this bird and should find a way to ensure that it thrives for future generations to continue to enjoy the sight of their annual arrival, Calope added.