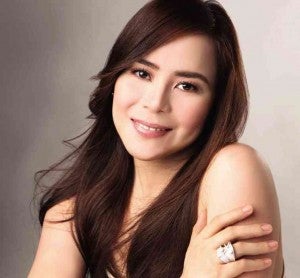 Feeling betrayed and cheated by someone she had treated “like a sister,” the head of a popular chain of skin-care and slimming clinics has accused her general manager of stealing around P10 million from her businesses in a span of five years.

Cathy Valencia, president and chief executive officer of Cathy Valencia Skin & Body Center and Cedrix Slimming & Wellness, filed complaints for qualified theft in the local courts of San Juan and Makati cities against Mariles Racho, whom she described as once her most trusted aide.

In an Inquirer interview, Valencia said she learned of Racho’s unauthorized activities and transactions from her driver and other employees only last April.

According to the complaints, Racho allegedly took about P10 million in cash, checks and products from Valencia’s two companies, where the respondent had been the general manager since 2009.

About half of the amount went missing from branches in Alabang, Muntinlupa City; Greenhills in San Juan, Timog and White Plains in Quezon City; and Makati City, she said.

Valencia alleged that Racho forged checks and cash vouchers as well as pilfered products from the branches she was entrusted to run. Racho started working for Valencia in 2006 as a part-time marketing consultant before she was promoted to general manager.

“I considered her like a sister because she took care of me whenever I was sick. She would cook for me, plan for my family occasions, and even choose my dresses and accessories,” the businesswoman recalled.

In return, Valencia said, she “spoiled” her employee-friend by buying her expensive bags and watches, and even providing her with a brand-new car and paying for her condo unit.

She said it also hurt her to learn that Racho had been badmouthing her in front of the other employees. “Some of my staff members told me that whenever their salaries were delayed, she would claim that it was because I had bought an expensive watch.”

Reached by the Inquirer on the phone, Racho declined to be interviewed, citing her lawyer’s advice, saying she would rather answer Valencia’s allegations in court.

The case filed in the San Juan court had its first hearing on June 5, where only Racho’s lawyer showed up. The next hearing is set on June 19, where the respondent is expected to submit a counteraffidavit.

Valencia said she and her lawyers would be filing a third complaint in Quezon City next week. “I want her to pay for what she has done and for all the damage she has caused.”