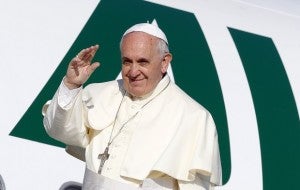 VATICAN CITY — Pope Francis has canceled a second day of private audiences and his morning Mass because of a minor illness.

A Vatican spokesman, the Rev. Ciro Benedettini, said the unspecified illness was mild and that Francis would still preside over his general audience Wednesday.

Francis has had a whirlwind few weeks, travelling to the Mideast and hosting the Israeli and Palestinian presidents for a Vatican prayer summit Sunday. By Monday, he came down with a bug, and took Tuesday off to rest.

Some Vatican officials have privately expressed concern at the frenetic pace of the 77-year-old pope, who only has one full lung.

While past popes took summers off and escaped Rome’s heat for the cooler climes of Castel Gandolfo, Francis has chosen to stay in Rome and work.