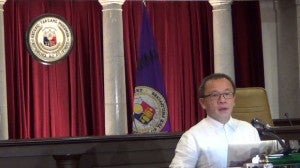 During Tuesday’s session, the high court gave the Office of the Ombudsman 10 days to comment on Reyes’ petition.

Reyes accused Ombudsman Conchita Carpio-Morales of selective prosecution when she granted immunity to Ruby Tuason, Benhur Luy and several others who appear to be among the most guilty.

She also said her right to due process was violated after the Ombudsman failed to give her the evidence filed by the complainants, which she can use to dispute the allegations against her.

Reyes is among those charged with plunder before the Sandiganbayan in connection with the pork barrel scam.