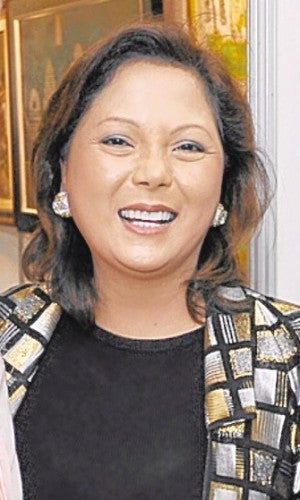 Where does the buck stop?

Reyes, who disappeared for eight months and showed up on Black Saturday to face plunder charges against her, as she put it on her arrival from San Francisco, also told the Office of the Ombudsman that her signatures on documents related to the releases of Enrile’s Priority Development Assistance Fund (PDAF) allocations were forged.

In her 83-page affidavit obtained by the Inquirer, Reyes said Evangelista acknowledged this purported oversight after initially advising Enrile, who was being asked by the Commission on Audit (COA) to verify the authenticity of these documents, that her signatures were genuine.

Reyes, who resigned as Enrile’s chief of staff (COS) in January 2013 following a Christmas bonus scandal, said Evangelista’s duties were to evaluate and respond to funding requests from Enrile’s PDAF entitlements, and to oversee the proper filing and implementation of the senator’s pet projects meant to ease rural poverty.

“As COS of JPE, I had no participation or involvement, nor the legal capacity or authority to approve the selection or identification of the projects and beneficiaries. I had no participation in the project proposal review, release of funds, project implementation accounting and liquidation and reporting requirements. These were done by DCOS (deputy chief of staff) Jose Antonio V. Evangelista,” said Reyes.

The Inquirer attempted but failed to get a comment from Evangelista.

The Ombudsman has determined that there is sufficient evidence to charge in the Sandiganbayan Reyes—along with Enrile, Senators Jinggoy Estrada and Ramon Revilla Jr., Janet Lim-Napoles, the alleged mastermind of the PDAF schemes, and five others—with plunder in connection with the diversion of state funds to ghost projects and kickbacks between 2007 and 2009.

Reyes allegedly conspired with Enrile in amassing P172.834 million in kickbacks from pork barrel funds released to Napoles’ fictitious nongovernment organizations from 2004 to 2010.

The affidavit was filed on April 7, ahead of Reyes’ return that prompted calls that she turn state witness. Estrada had said he did not expect Reyes to bring down the senators in the plunder case.

In his defense, Enrile earlier told the Ombudsman that he had nothing to do with the authorizations issued by his office on the use of his pork barrel allocations.

Ruby Tuason, a former Napoles aide, has testified that she personally handed to Reyes millions of pesos in kickbacks for Enrile in meetings in restaurants. In some of the meetings, Tuason told a senate hearing, Enrile was present.

The 51-year-old Reyes worked for Enrile during his two terms as senator—from July 1995 to June 2001 and from 2004 to January 2013—when she resigned after publicly accusing in a radio interview that Sen. Alan Peter Cayetano was a “hypocrite” for criticizing Enrile’s alleged uneven distribution of the senators’ Christmas bonuses.

Reyes was widely regarded as the “25th senator” for her purported influence in Congress as a stern, no-nonsense aide to Enrile, who turned 90 last Valentine’s Day. Reyes was quick to downplay her role in Enrile’s office. She claimed to merely represent Enrile in meetings and conferences, step in as check signatory, monitor and supervise legislation, evaluate proposed bills and help her boss conduct public hearings and floor debates.

In her affidavit, Reyes said she should not be included in the plunder charge because all documents used as basis to implicate her were “false and fictitious.”

She claimed that her signatures on 10 letters—eight addressed separately to then Agriculture Secretary Arthur Yap, former Technology  Resource Center Director General Alan Ortiz and National Livelihood Development Corp. President Gondolina Amata, and two on liquidation reports—that were used as evidence in the plunder case were forged. 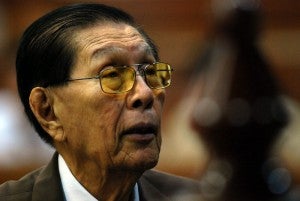 Reyes said she had hired a licensed document examiner to conduct a forensic study on her supposed signature, and the former National Bureau of Investigation agent who served for 40 years and retired in 2003 concluded that the “signatures were not written by the same person but by a forger.”

The lawyer who cut her teeth in Enrile’s Pecabar (Ponce Enrile, Reyes and Manalastas Law Offices) law firm said this was consistent with the testimony of Benhur Luy in Senate hearings of the blue ribbon committee. Luy, a former Napoles employee who has turned whistle-blower, told the panel that the signatures of lawmakers and their representatives in the PDAF documents had been forged.

Reyes also submitted a letter sent by Evangelista to the COA on Aug. 29, 2013, which she claimed was meant to set the record straight on the genuineness of these papers.

“The memorandum attached to the said letter in fact contained an express apology to Senator Enrile who  relied on [Evangelista’s] earlier advice that the signatures in the documents forwarded to him by the COA were authentic when in truth and in fact, they were not,” said Reyes, who questioned why this document was not submitted to the fact-finding body.

Reyes said the three whistle-blowers who testified against her—Luy, Merlina P. Suñas and Nova Kay B. Macalintal—had failed to establish that she accumulated ill-gotten wealth and benefited from Enrile’s PDAF, the key elements that constitute plunder, a nonbailable offense punishable by life imprisonment.

Reyes pointed out that the three whistle-blowers had never seen her meeting with or talking to Napoles and that their testimonies were hearsay.

“This is an absolute lie. I did not receive directly or indirectly any commission, gift, share percentage kickbacks or any other form of pecuniary benefit from any persons or entity in connection with the PDAF of Enrile,” said Reyes.

“Even Benhur K. Luy’s ‘record’ or ‘tale,’ which he made on his own and which cannot be confirmed by anyone else, cannot be proof that I received any cent out of the PDAF of Senator Enrile. It is based purely on the mere say-so of Luy, who at first stated that he did not speak to me then retracted his statement, apologized and certified that he only talked to me only once about the Cohen diet,” said Reyes.

Reyes’ affidavit did not touch on Tuason’s testimony. It was a reiteration of a previous one Reyes’ lawyer submitted on Dec. 26, 2013, more than a month before Tuason, who likewise had fled to the United States, gave her own sworn statement to the Ombudsman.

Reyes said the Ombudsman should apply its resolution last year dismissing the plunder case filed by the Department of Justice against former military officers because of the whistle-blower’s— Army Col. George Rabusa—failure to beef up his testimony.

She also cited the Ombudsman’s dismissal in 2012 of the plunder case filed by Danilo Lihayhay against former President Gloria Macapagal-Arroyo after the complainant failed to prove that money passed through her hands.

Reyes likewise referred to the Supreme Court decision on ex-President Joseph Estrada and the Sandiganbayan in which the magistrates ruled that in establishing conspiracy for plunder, “each of the accused, by their individual acts, agreed to participate, directly or indirectly, in the amassing, accumulation and acquisition of ill-gotten wealth by the accused public officer.”