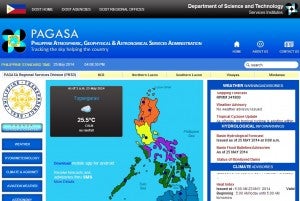 MANILA, Philippines—Summer is nearly over, but the nights of June will offer stargazers a nice view of the “Summer Triangle,” an imaginary triangle in the sky formed by the brightest stars of three constellations, the state weather bureau said.

The triangle is composed of the stars Vega, Deneb and Altair of the constellations Lyra (“lyre”), Aquila (“eagle”), and Cygnus (“swan”), respectively, according to the astronomical diary of the Philippine Atmospheric, Geophysical and Astronomical Services Administration (Pagasa).

In the month of June (which is still summer in temperate regions), the triangle is “well placed in the eastern horizon two hours before midnight,” the diary prepared by Pagasa acting administrator Vicente Malano said.

“Stargazers will be having a nice time watching the night sky with the famous Summer Triangle of the stars Vega, Deneb and Altair,” Pagasa said.

The month of June will also feature another astronomical phenomenon known as the summer solstice.

“Philippine nights are at their shortest and daytimes are at their longest during the Summer solstice, which falls on June 21 at 6:51 p.m. (Philippine Standard Time),” the agency said.

This is the time, Pagasa said, when the sun attains its greatest “declination,” or deviation, tilting at +23.5 degrees and passing directly overhead at noon for all observers at latitude 23.5 degrees North, which is known as the Tropic of Cancer.

Pagasa also noted other celestial treats in June, including “the bowls of the Big and Small Dipper in Ursa Major and Minor, standing high above the northern horizon with the body of the constellation Draco, the Dragon, winding between them.”

There will be no major meteor shower for the month of June, it added.