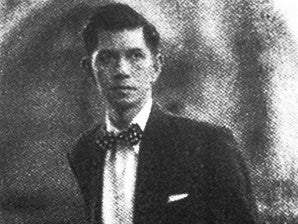 MANILA, Philippines—Friday was the longest day of 2013 in this part of the world, an event known as the summer solstice, the state weather bureau said.

The Philippines and other countries in the northern hemisphere experienced the longest daytime and shortest nighttime on June 21, according to the Philippine Atmospheric, Geophysical and Astronomical Services Administration (Pagasa).

“So you’ll notice that there’s almost an extra hour of daylight to the usual 12 hours,” said Mario Raymundo, chief of Pagasa’s weather observatory.

The summer solstice is the time when the sun attains its greatest tilt at +23.5 degrees and passes directly overhead at noon for all observers at latitude 23.5 degrees North, which is known as the Tropic of Cancer, Pagasa said.

The event indicates the beginning of summer in some countries.

“In the United States, they use the summer solstice to mark the start of summer. Here, it’s the opposite—our rainy season just began. That’s because we’re so near the equator,” Raymundo said.

The cultural significance of the summer solstice varies around the world, but many folk beliefs associate it with increased fertility.

Raymundo said the association was probably due to the cosmic coincidence of the summer solstice always being so close to the “supermoon,” the time when the full moon comes closest to the earth.

This year, the supermoon or perigee full moon occurs on June 23.

Some folks suspect the supermoon to have certain effects on people’s behavior, but Raymundo said there’s no scientific evidence yet to prove this.

“I’ve never personally felt the effect of the full moon but I know someone who seems more hyperactive, more eccentric every time there’s a full moon. But that’s just one person,” he quipped, but would not say who he referred to.

Read Next
Emulate Sin, confess more often, bishop urges priests
EDITORS' PICK
Disease expert: Omicron variant may behave like Delta
Palace: Malls, establishments may require customers to use of face shields
This new condo in the South will make you want to turn a new leaf
Smart offers wireless fiber-like speeds to Filipino homes with country’s first 5G Prepaid Home WiFi
Syringes for Pfizer vaccine arriving on December 2 — NVOC chairperson
Legarda: Ending Violence Against Women, a cause for all
MOST READ
Bongbong Marcos to face another disqualification case
Christine Bersola, Julius Babao cleared of cancer after colonoscopy, endoscopy
Former PM Abe says Japan, US could not stand by if China attacked Taiwan
Tropical storm intensifies as it approaches PAR
Don't miss out on the latest news and information.