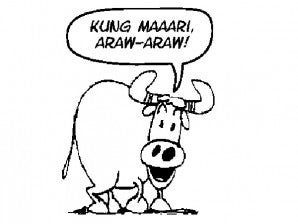 One of the country’s youngest archbishops has an advice to fellow priests: Go to confession more often because it will cleanse your soul and make you more humble.

In a homily at a Mass commemorating the late Jaime Cardinal Sin’s eighth death anniversary on Friday, Lingayen-Dagupan Archbishop Socrates Villegas also urged fellow priests to practice courtesy and respect in their daily lives, as Sin did.

“The mark of a spiritual life in the new evangelization is how often we go to confession, and my brother priests at the confessional, our first duty is not to sit but to kneel because we can only be good confessors after being humbled penitents,” the 52-year-old prelate said.

Talking with reporters later, Villegas said the faithful must also follow Sin’s example of going to confession more often, stressing that the first step to knowing God is to admit that “we are sinners and we are in need of his mercy.”

Villegas led the memorial service inside the Manila Cathedral’s burial chamber, where Sin’s tomb lies. Sin died at the age of 76 on June 21, 2005, due to kidney complications arising from diabetes.

Villegas also noted how Sin treated his neighbors, especially those who worked with him, with courtesy and respect—values which, he said, must be possessed by preachers.

Villegas said that Sin, even if he was much older than him, always said “Please” every time he asked him to do something and that Sin never forgot to say “Thank you” even if the job he wanted done had not yet been finished.

Sin was a driving force in toppling dictator Ferdinand Marcos in February 1986 when he called on people to go to Edsa and defend the military rebels led by then Defense Minister Juan Ponce Enrile and Armed Forces Vice Chief of Staff Lt. Gen. Fidel Ramos.

Sin was also instrumental in the ouster of President Joseph Estrada in 2001 when he rallied thousands to Edsa to force the latter out of office amid corruption allegations.

“Courtesy is related to humility and courtesy is recognizing the beauty, the power of the one in front of you. For all his faults, Cardinal Sin only thought me one thing when I started to be his secretary,” Villegas said.

“He said, ‘I will not be around all the time, but because you are my secretary, you must make sure that all priests know and experience that they are loved,’” Villegas said.