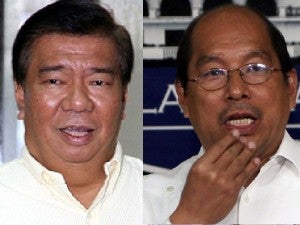 MANILA, Philippines – Senate President Franklin Drilon came to the defense of Budget Secretary Florencio Abad, who has been criticized for having several relatives in government.

(I know the Abad family. They are decent and intelligent. That is why it is saddening that among government officials, Abad and his daughter Julia (are the ones being hit). I cannot say anything negative about them. They are a good family.)

He was referring to Abad’s daughter, Julia, who heads the Presidential Management Staff (PMS).

(It’s saddening that just because the elections are coming in less than two years, these intrigues have been surfacing. I hope we avoid this kind of mudslinging.)

The Philippine Daily Inquirer reported last week that Abad and Environment Secretary Ramon Paje have the most number of relatives in government with nine each, based on their statements of assets, liabilities and net worth for 2013.