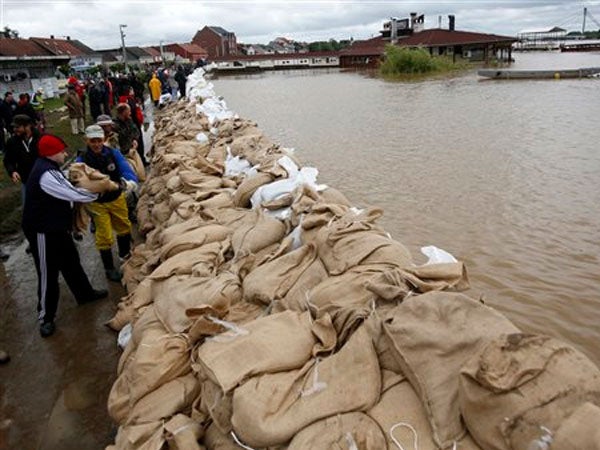 People build a dam made up of sandbags by the bank of the Sava river in Sremska Mitrovica, 90 kilometers west of Belgrade, Serbia, on May 17, 2014. The death toll from devastating floods and landslides that hit Serbia earlier this month has risen to 51, Prime Minister Aleksandar Vucic said Thursday, May 29. AP

Among those killed was one fireman, Vucic told the Serbian parliament, as he read out the names of the victims.

Due to torrential rain in mid-May, Serbia and Bosnia were hit with the worst floods and landslides in more than a century that forced the evacuation of tens of thousands and destroyed thousands of buildings and homes.

In Bosnia, some 24 people were killed in the floods, while two people died in neighbouring Croatia.