Amid frequent showers, it’s not rainy season yet, says Pagasa 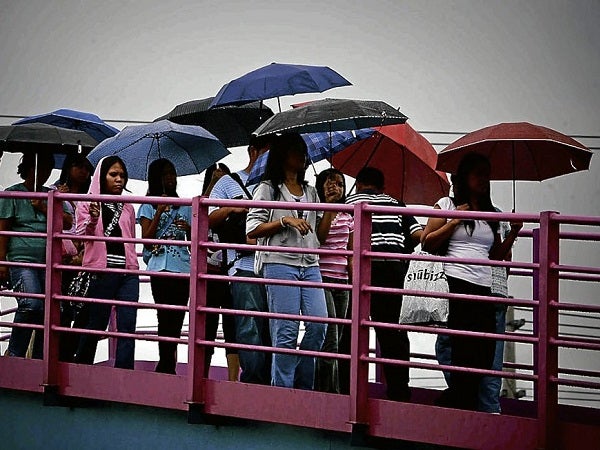 MANILA, Philippines- It may rain here and there but the rainy season is still just around the corner.

“There is still no official date yet on the (declaration) of the rainy season,” Fernando Cada, Pagasa weather forecaster, said. “The onset would be normal, probably on the last week of May or the first week of June.”

Cada added that the rainy season could last until September, reaching its peak in August where the Southwest Monsoon or “Habagat” is at its strongest.

Read Next
Soldier held and freed by NPA may be dismissed for drug use
EDITORS' PICK
BREAKING: 1,075 people in PH has coronavirus disease – DOH
Style and music journeys with Claudia Barretto
DILG to stranded workers: ‘Stay where you are’ until Luzon-wide quarantine is over
Cebu City closes its borders
IATF: Food firms to operate with 50% of workforce during Luzon quarantine
UP-PGH wards for COVID-19 patients finished in 5 days
MOST READ
Pacquiao to seek probe on leaked private letter from Barangay Dasmariñas
BREAKING: 1,075 people in PH have coronavirus disease – DOH
Tootsy Angara bares neighbor wanted them out of village
Bogus remedies
Don't miss out on the latest news and information.