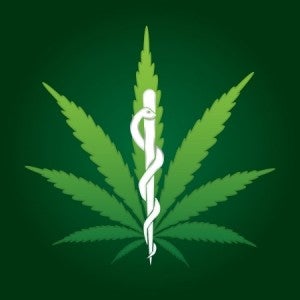 MANILA, Philippines—Filipinos looking for cloud nine may not be happy with this– the proposed law to legalize medical marijuana would not allow a “pot session” in the country.

The main proponent Isabela Representative Rodolfo Albano III said his bill would only allow marijuana in “ingestable” forms – and not as a “joint” or cigarette used in a pot session.

“Aalisin ang concept na magkakaroon ng pot session (It would remove the concept of a pot session),” Albano said in a phone interview with INQUIRER.net.

Albano said he is talking to the dangerous drugs committee in the House of Representatives for his bill.

According to the draft bill provided to INQUIRER.net, the bill is titled “Compassionate Use of Medical Cannabis Act.”

The bill prohibits the possession and smoking of cannabis, and the use of marijuana for non-medical purposes.

It also prohibits using medical marijuana in public and driving a vehicle under the influence of marijuana.

Under the bill, the government should “legalize and regulate the medical use of cannabis which has been confirmed to have beneficial and therapeutic uses to treat chronic or debilitating disease or medical condition.”

The bill refers to diseases that cause the patient to suffer chronic pain, severe nausea, seizure, among others.

The bill also seeks to create a Medical Cannabis Regulatory Authority, which will be under the Department of Health.

The office would have the power to recommend doctors for patients needing medical marijuana, as well as issue identification cards to qualified patients, among others.

Also, a Medical Cannabis Safety Compliance Facility will be set up under the authority to “conduct scientific and medical research on medical use of cannabis” and to “test services for its potency.”

A qualified “medical cannabis physician” should be the one attending the patients’ needs. The doctor, according to the bill, should have “professional knowledge on the use of medical cannabis.”

Qualified patients need to be issued identification cards to use medical marijuana.

In the explanatory note, the bill said “cannabis has many currently accepted medical uses in the US, having been recommended by thousands of licensed physicians and more than 500,000 patients in 21 states with medical marijuana laws.”

The bill said countries like US, Israel, Canada, the Netherlands, and the Czech Republic have medical cannabis laws that removed criminal sanctions against medical marijuana.

Other countries like Finland, Portugal, Spain and Luxembourg have decriminalized possession of cannabis, the bill added.

The Comprehensive Dangerous Drugs Act of 2002 lists marijuana as among the illegal drugs in the country.

But, according to Albano, section 2 of the law states that “the government, shall, however, aim to achieve a balance in the national drug control program so that people with legitimate medical needs are not prevented from being treated with adequate amounts of appropriate medications, which include the use of dangerous drugs.”